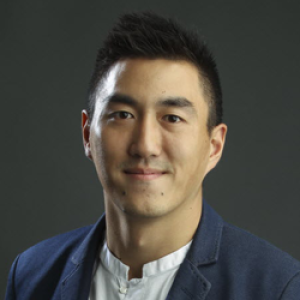 Danny is a contributor to Inkstone. He is a reporter for the South China Morning Post focusing on original reporting, investigative and breaking news, specializing in aviation.

Read full bio
Location
Hong Kong
Language spoken
English
Areas of Expertise
Breaking news, original reporting, agenda-setting journalism, aviation
Close
Politics
Hong Kong hotels and airlines ask the government for help
Hong Kong hotels and airlines have appealed for government support in order to survive a downturn caused by the city’s pro-democracy protests.  The ongoing protests, which have seen violent clashes between protesters and police, have stopped many tourists from coming to the city. Airlines have struggled to fill up their planes while hotels have seen a steep decline in occupancy rates.  One hotel even offered a rate as low as $9 a night on weekdays.  The monthly rate at the three-star Winland 800 Hotel, which comes with sea views, breakfast and wireless internet, is now $760 for 30 nights. That’s cheaper than renting a cramped apartment in Hong Kong.  Hotel operators have asked the governmen 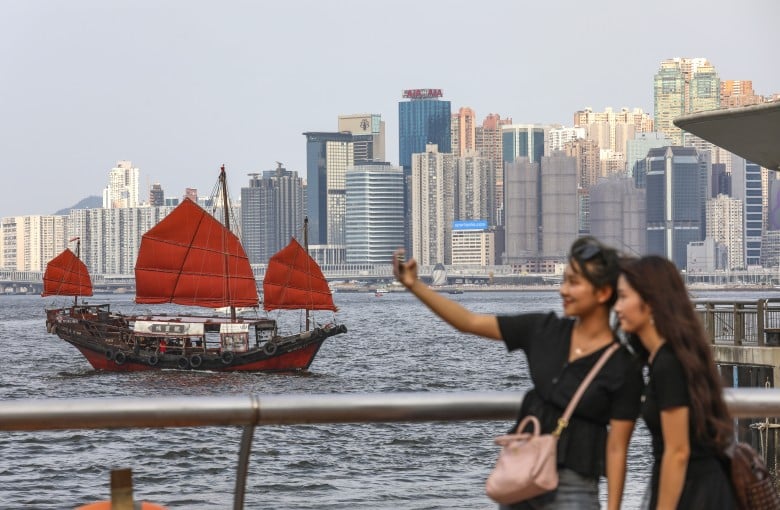 Business
Hong Kong subway reverses ban on ad showing a gay couple holding hands
Hong Kong’s subway operator has pulled a marketing U-turn, reversing its ban on a Cathay Pacific advertisement featuring a same-sex couple and allowing it to be displayed at metro stations across the city. In a response to the South China Morning Post, the MTR Corporation’s advertising handler – the French company JCDecaux – said the advert can now be displayed at subway stations. The reversal came in the face of heated criticism of the ban, and less than 24 hours after the Post revealed that both MTR and the city’s airport had banned the advert because of its same-sex content. “We have been in contact with the relevant advertising agency and have just confirmed to the advertising agency tha

Business
Hong Kong airport and subway ban ad showing two men holding hands
A Cathay Pacific Airways ad showing a same-sex couple has been banned from being displayed by two leading transport companies in Hong Kong. The advert, which showed two men strolling hand in hand along a beach, was part of a rebranding campaign by the city’s flagship carrier intended to highlight the airline’s attitude to diversity. Both the Airport Authority, which runs the city’s airport, and subway operator MTR Corporation rejected the LGBT content, the South China Morning Post has learned. Several other adverts from the campaign were on display in prominent spots across Hong Kong. Sources told the Post the LGBT advert was the only one from the campaign not selected to be displayed at Ce 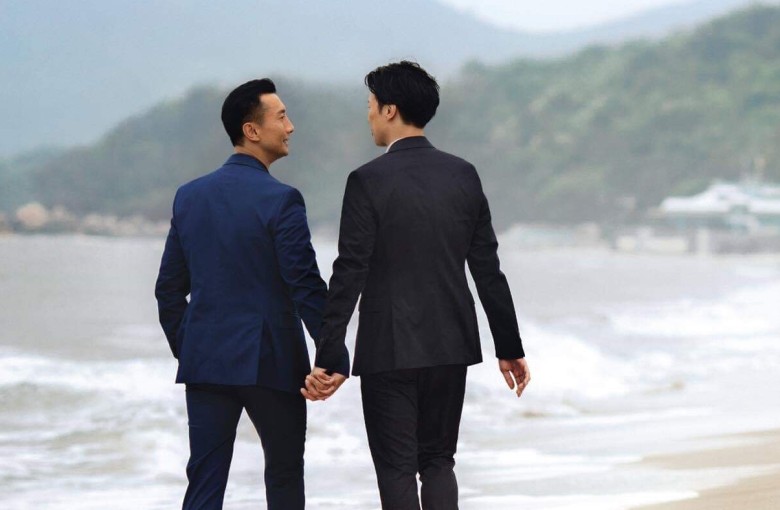 Business
This abandoned jet could be yours for $795,000
An old Boeing plane abandoned in Hong Kong four years ago by a bankrupt Russian airline is now available to any buyer willing to pay $795,000. The Hong Kong Airport Authority said that the 27-year-old Boeing 767 had no maintenance records and was not in good condition. It added that the successful bidder was required to remove the aircraft within three months, whether as a whole or in parts. In October 2015, Russia’s one-time biggest private airline Transaero collapsed under a mountain of debt. That year, flight UN965 took off from Domodedovo Moscow Airport for Hong Kong, arriving on October 26, a day after the airline’s operating license was revoked. It was Transaero’s last flight, leaving 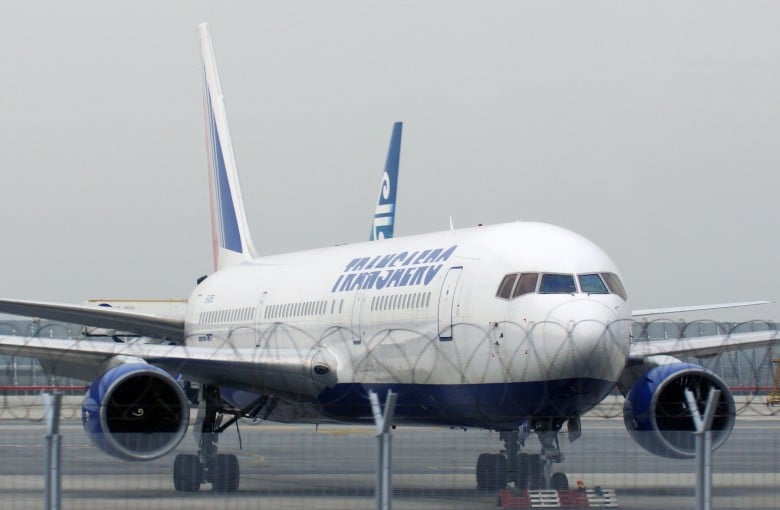 Society
China grounds Boeing planes after fatal crash
China’s civil aviation regulator has ordered domestic carriers to temporarily stop flying their 737 Max 8 aircraft, after a plane of the same model operated by Ethiopian Airlines crashed – the second tragedy in five months involving the Boeing jet. On Sunday, a 737 Max 8 operated by Ethiopian Airlines plunged to the ground on its way to Kenya, killing all 157 people on board, including eight Chinese nationals. That came five months after another 737 Max 8 crash in Indonesia killed 189 passengers and crew. There were similarities between the two mishaps, since they both occurred during take-off, involving new aircraft that had just been delivered, the Civil Aviation Authority of China said in 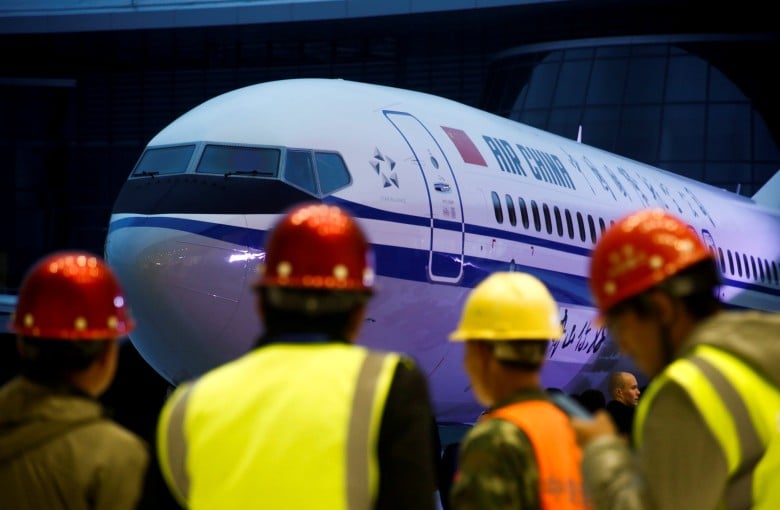 Society
Cathay Pacific sells first-class tickets for economy prices
Lucky travelers scored a New Year’s Day present when Hong Kong’s premier airline put first- and business-class tickets on sale – at economy-class prices. Cathay Pacific Airways has said it will honor the accidentally sold fares, a move that could cost the airline hundreds of thousands of dollars in lost earnings. While Cathay has not said how much the technical glitch cost the company, the South China Morning Post spoke to 11 people who had snapped up 18 first class and eight business-class tickets totaling HK$216,925 ($27,900). Based on current retail prices, the airline should have collected almost HK$5.4 million ($685,800) from them. Several thousand tickets are believed to have been sold 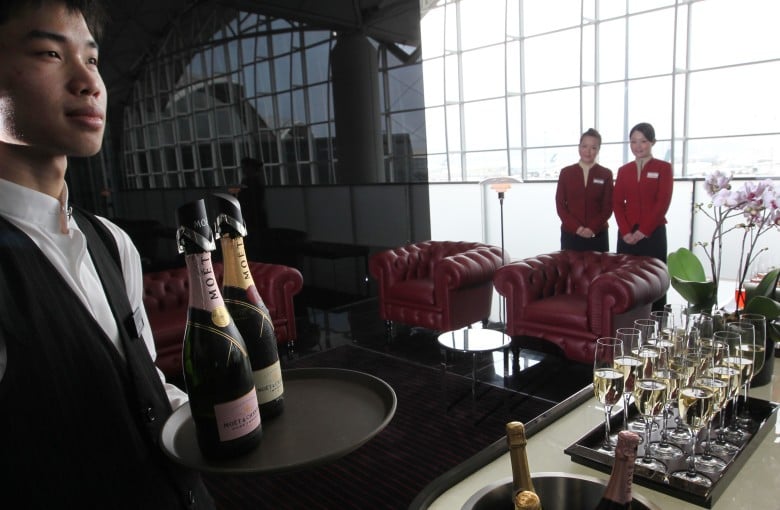 China
A jet lands in Hong Kong, too close for comfort
A Hong Kong-bound jet came within half a runway of smashing into another plane that still hadn’t cleared the airstrip at Hong Kong International Airport on Tuesday night, aviation officials have revealed. The city's Civil Aviation Department said no one was injured and reported the incident to Hong Kong’s Air Accident Investigation Authority.  The incident raised questions over whether controllers gave prompt orders to both planes, and why the department only disclosed what happened a day later. At 7:47pm on Tuesday night, a China Southern Airlines plane traveling from Zhejiang to Hong Kong landed on the north runway of Hong Kong International Airport, while a private jet which had just land 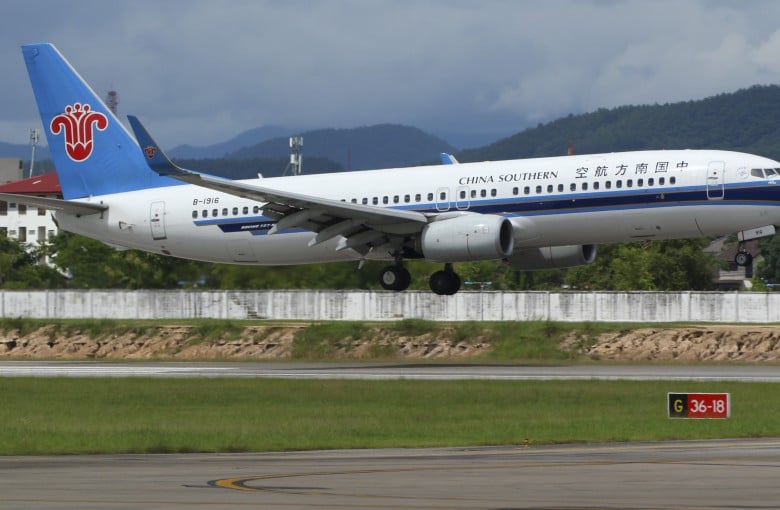 China
Jobs go up in smoke for Air China vape pilots
Air China will fire the pilots of an aircraft that plummeted 25,000 feet in 10 minutes, after a vaping incident gone wrong. “After an investigation to verify the incident, the decision is to suspend the related crew from flying and terminate the contracts in accordance with the law. The crew members who are responsible for the incident have been seriously dealt with,” the airline said on Friday night. Its statement, issued on the Chinese microblogging site Weibo, also recommended that the Civil Aviation Administration of China (CAAC) revoke the pilots’ licenses after completing their own investigations. Flight CA106 left Hong Kong International Airport on Tuesday evening for the northeastern 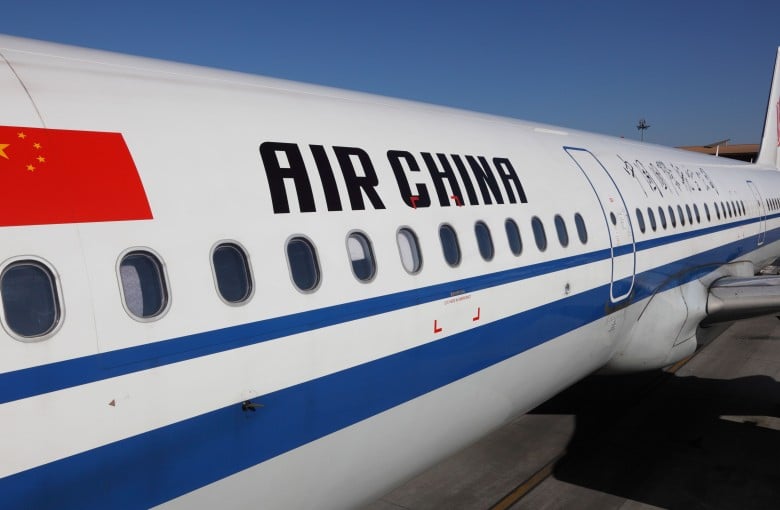 Society
Cockpit vaping accident caused emergency descent
Everyone knows it’s illegal to smoke on a plane. But what if someone in the cockpit is lighting up? A vaping co-pilot trying to hide evidence of his smoking was behind the emergency descent of an Air China plane this week, according to a preliminary investigation. The plane, flying from Hong Kong to the northern Chinese city of Dalian on Tuesday, dropped 25,000 feet in 10 minutes. An official at the Civil Aviation Administration of China said the co-pilot had smoked an electronic cigarette, and tried to turn off a circulation fan to prevent the smell from reaching the cabin without informing the pilot in command of the plane. “[But the co-pilot] mistakenly switched off the air-conditioning 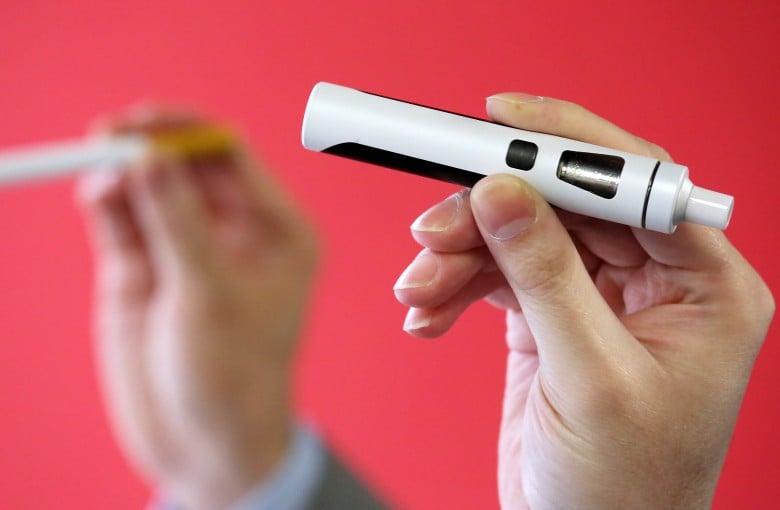