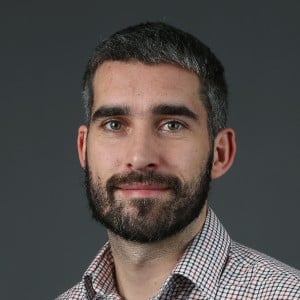 Jonathan White joined the Post in 2017 after a decade reporting on sport from China. He originally moved to Beijing to coach football in 2007 and later spent two years in Shanghai.

Read full bio
Location
Hong Kong
Language spoken
English
Areas of Expertise
China sport, content creation
Close
Sports
Should NBA exit China? Adam Silver passes the ball to US government
NBA commissioner Adam Silver has said the decision of whether the league should do business in China should rest with the US government. Speaking to CNN’s Bob Costas in a Tuesday interview, Silver responded to a question about the NBA’s stance on China amid deteriorating US-China relations and allegations of widespread human rights abuses. “There are definitely trade-offs there, and somebody could say given the system of government in China, you the NBA should make a decision not to operate there,” Silver said. “I would only say that at the end of the day, I think those are decisions for our government in terms of where American businesses should operate.” As the league has shown increasing 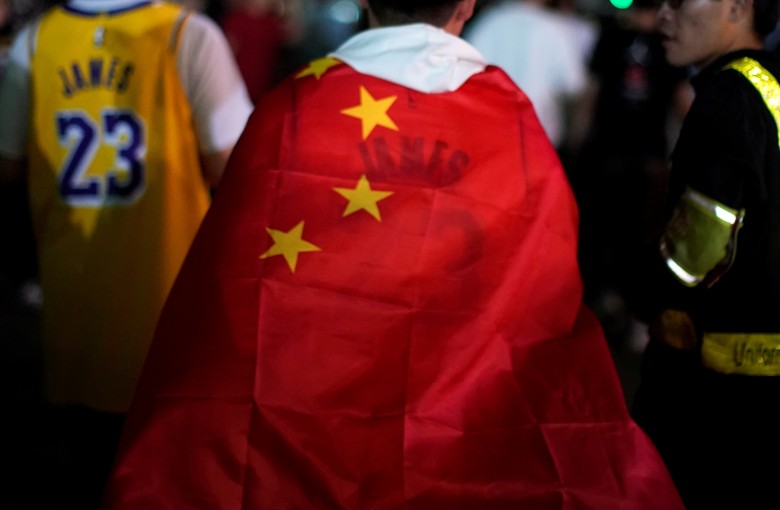 Sports
Meet Khutulun, Mongolia’s undefeated wrestling princess who inspired Turandot
While the world rages at Disney’s live action retelling of the tale of Chinese warrior princess Mulan, the filmmaker’s focus should perhaps have been aimed on another female fighter entirely. Rather than folk fable, Mongolian warrior princess Khutulun was quite real and had the body count and fearsome reputation to prove it. She was the daughter of Kaidu Khan and great-great-granddaughter of Genghis, a cousin of Kublai Khan who would found China’s Yuan dynasty. Khutulun was a feared fighter, who battled alongside her father against Kublai Khan, protecting the nomadic Mongol lifestyle of his Chagatai Khanate against the Chinese ways adopted by Kublai’s court. Born around 1260 and raised with 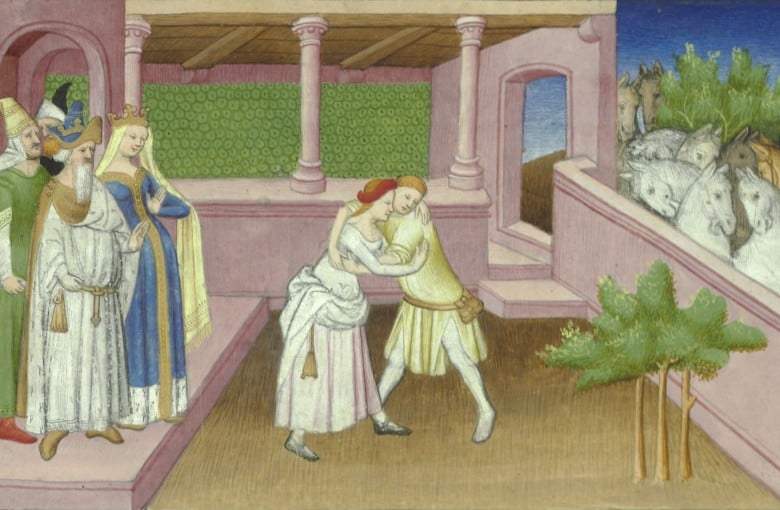 Sports
‘Striking’ lack of regret led to Chinese star swimmer Sun Yang’s doping ban
Chinese superstar swimmer Sun Yang paid for the “huge risk” he took in the controversial doping test that led to him being banned for eight years by the Court of Arbitration for Sport. The court on Wednesday published its full report into the case brought by the World Anti-Doping Agency against Sun Yang and swimming governing body Fina, with the 78-page document making for damning reading. The report is highly critical of Sun and his team for their actions from the out-of-competition test at his home in the eastern Chinese city of Hangzhou in September 2018 through to the end of the CAS hearing last November. On the night of testing, Sun gave a blood sample before taking issue with the cred 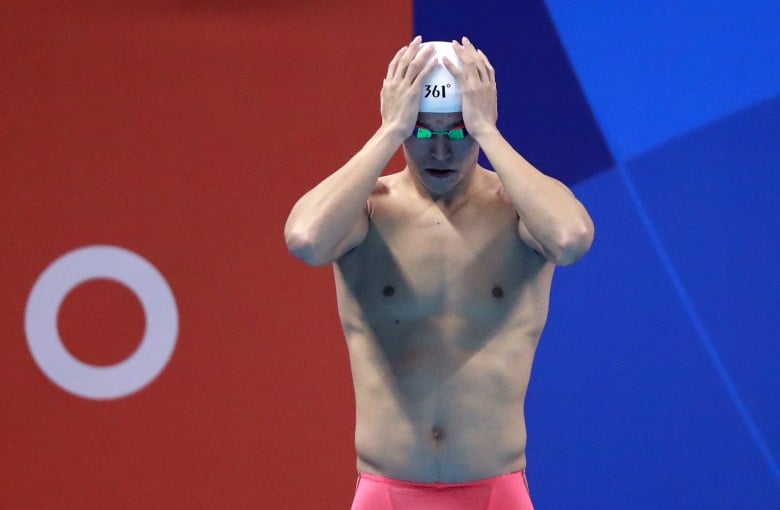 Opinion
The spectacular fall of Chinese swimmer who called himself ‘king’
“I am the king,” Sun Yang said at the 2016 Rio Olympic Games. He was referring to his position in the 1,500m freestyle and his rivalry with Australian swimmer Mack Horton, but he could have been talking in general. Much like the other “Sun King,” Louis XIV of France, China’s superstar swimmer has surrounded himself with a court of flatterers and sycophants. That is why Sun, 28, only talks to state-run media Xinhua and CCTV, plus two or three Chinese print journalists, as he knows the coverage will be positive. Heaven forbid there was any negativity, or worse: people preferred rival Ning Zetao, as some fans and media did. This and the literal embrace of swimming’s governing body – Sun was hug 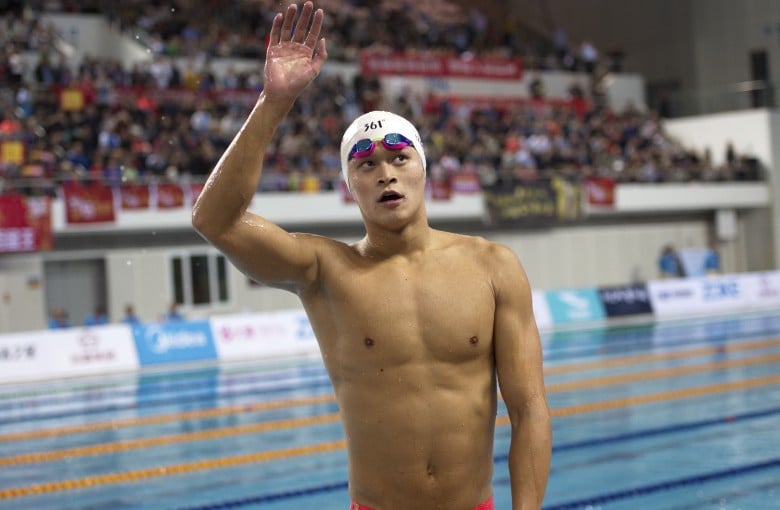 Sports
European soccer is winning Chinese social media despite controversies
Barcelona, Cristiano Ronaldo and the English Premier League were the big winners in a soccer popularity survey of the Chinese digital market. According to the annual Red Card Report, Chelsea became the Premier League’s most successful team in China, leapfrogging champions Manchester City and former favorites Manchester United. There was good news for United, as they remain the most-followed international team on Weibo, China's version of Twitter. Their former player, Cristiano Ronaldo, is the most-followed foreign footballer on the platform and also bucked the trend of decreased engagement and followers for players on Weibo. Now in its ninth year, the Red Card Report is published by digital 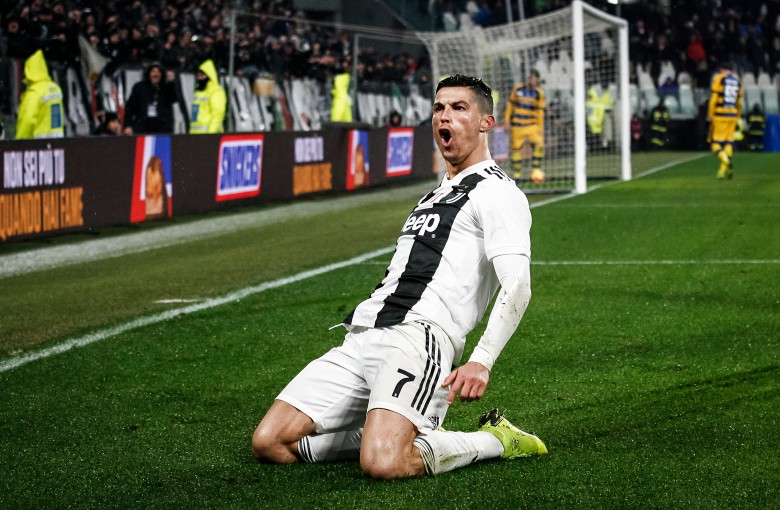 Sports
No deal and no name as German soccer counts the cost of China backlash
A German soccer club and one of the country’s star players are feeling the heat from China.  News emerged over the weekend that Bundesliga side Cologne lost a deal with a Chinese gambling sponsor. Meanwhile, state-controlled Chinese media are still blacklisting Arsenal star and former German international player Mesut Özil. According to Cologne newspaper Kölner Stadt-Anzeiger, the loss for the postponed deal was about $1.66 million.  The club did not offer comment but confirmed that the sponsors from China had withdrawn the potential deal, reported Deutsche Welle online. Cologne made headlines last month when they chose to postpone a joint academy with the Chinese soccer club Liaoning.  The 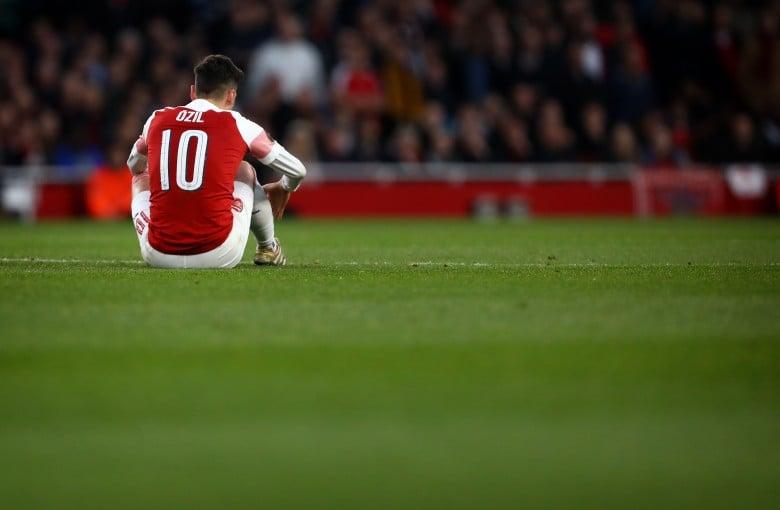 Opinion
The man who brought the NBA to China
David Stern liked to tell the story of travelling China in 1990 when a local guide in Xian revealed her favorite team. “You know, I am a great fan of the team of the red oxen,” she told Stern and his wife, Dianne.  Cue confusion then smiles on realizing it was the Chinese translation for the Chicago Bulls. Nowadays, the whole of China knows the Zhijiage Gongniu, as they are known in Mandarin, and Stern is as more to credit for that than anyone – even their star player. “Without David Stern, the NBA would not be what it is today,” Michael Jordan, the six-time NBA champion with the Chicago Bulls and talisman of that 1990 team, said after Stern’s death at the age of 77 on New Year’s Day. “He gu 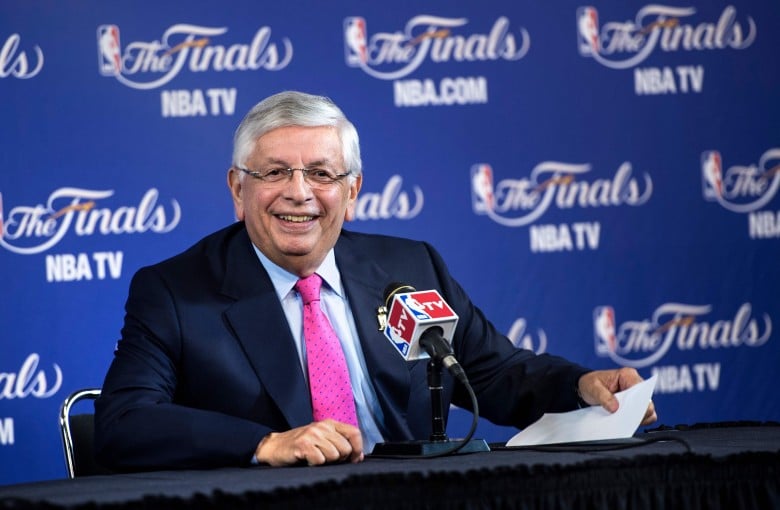 Sports
Career of Chinese swimming superstar hangs in the balance
Sun Yang is the shining star of Chinese swimming, but the Olympic champion’s future hangs in the balance ahead of next summer’s Tokyo Olympic Games. The 27-year-old faces a doping hearing at the Court of Arbitration for Sport in Switzerland starting on November 15. At the swimmer’s insistence, it will be a public hearing, with the court expected to live-stream it online. So how did we get here? It all stems back to an incident at Sun’s home on September 4, 2018 during an out-of-competition drug test. This was reported by Britain’s The Sunday Times newspaper in January 2019. Sun questioned the credentials of a member of the doping control team who had showed up at his home to test him. Sun co 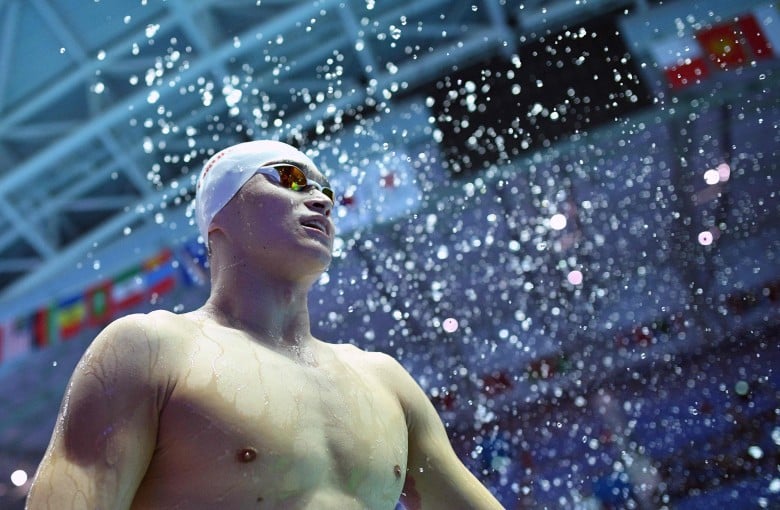 Opinion
Money or moral high ground? NBA’s Adam Silver has to pick a side
Let the games begin. Now that NBA commissioner Adam Silver is on his way to Shanghai from Tokyo, the ongoing furor stemming from Houston Rockets GM Daryl Morey’s tweet backing Hong Kong’s anti-government protesters is going to go into overdrive. While the tweet was subsequently deleted and Morey backtracked, that has not proved enough for China. The NBA initially released a statement on Monday outlining their position. The trouble was that the Chinese statement, posted on the league’s official Weibo account, did not match the language of the English. By the time the NBA released another statement on Tuesday – ahead of Silver’s press conference in Tokyo – stating that the English was the one 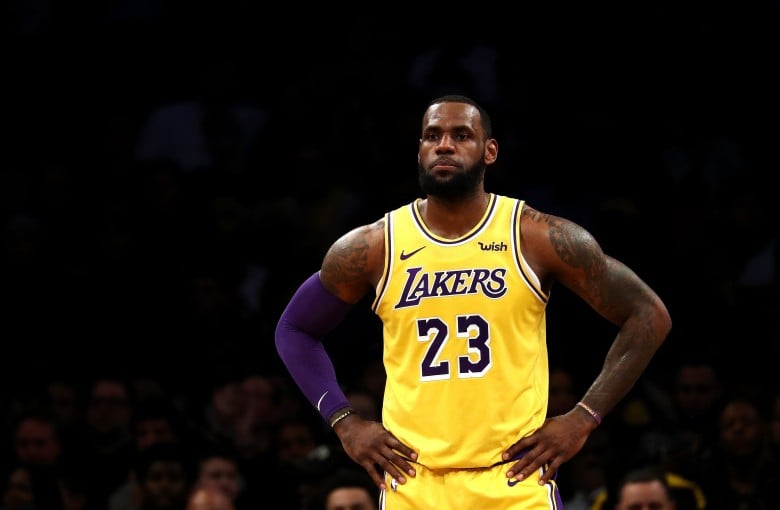 Sports
Jeremy Lin says he’s open to moving to China
Jeremy Lin, currently an unrestricted free agent, says he’s considering playing in the Chinese Basketball Association. “Of course I am thinking about the CBA,” Lin told reporters in the Chinese megacity of Guangzhou on Friday. “I don’t know where I will be next year, so I don’t have expectations. I know what level I can play at, so if I don’t get that I won’t settle.” Lin, who left the Toronto Raptors this summer after winning the NBA championship with them, was speaking at a press conference to launch his role as a brand ambassador for Chinese sportswear brand Xtep.  He will be the pitchman fronting four models of basketball shoes featuring “Linsanity” stitching, which will be available in 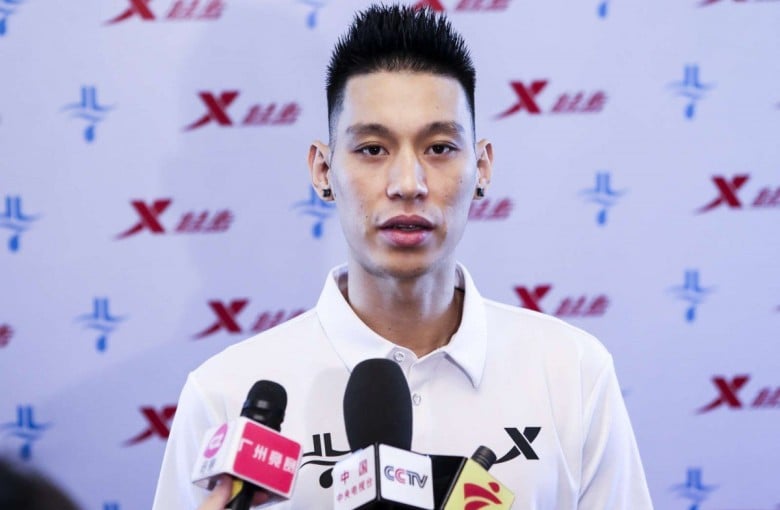