Mantai is a contributor to Inkstone. He is a Senior Video Producer at the South China Morning Post. Prior to studying at Columbia’s Graduate School of Journalism, he was the principal reporter of Radi

Read full bio
Close
Politics
Hongkongers defy ban to mark Tiananmen crackdown
Hong Kong marked the 31st anniversary of the Tiananmen Square crackdown amid a police ban on the annual Victoria Park vigil because of Covid-19 social distancing restrictions. Thousands defied the ban and gathered in the park anyway. Elsewhere in the city, people gathered to light candles and held a moment of silence to commemorate those who died in the crackdown on June 4, 1989. 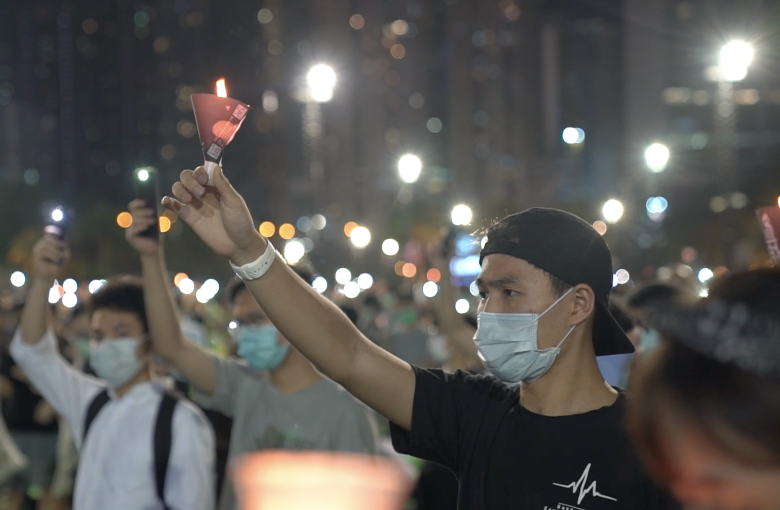 Health
Fear, and pride, for those building new coronavirus hospital in China
Felicity Feng, a Canadian visiting her parents in Wuhan over the Lunar New Year holiday, was caught up in the deadly coronavirus outbreak and the lockdown. Feng said her father was one of the project managers overseeing the construction of a new hospital for coronavirus patients.  Feng said she is worried about her father’s situation but is also glad that her family can contribute to the fight against the disease. 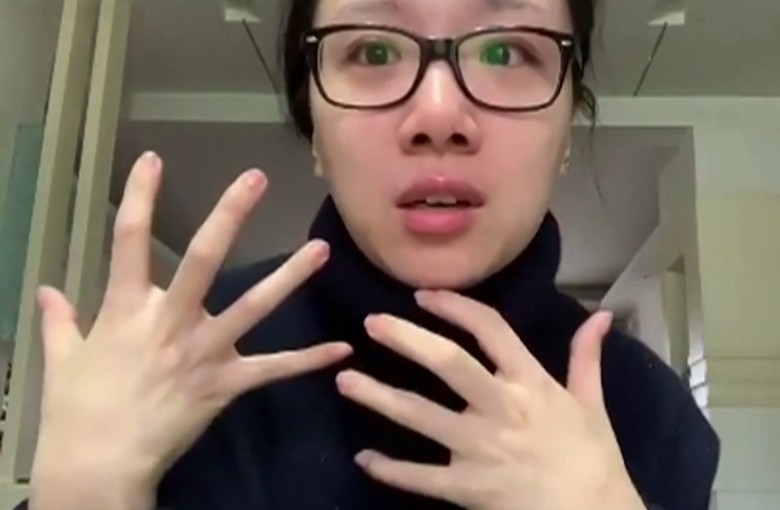 Society
Hundreds in Hong Kong don Guy Fawkes masks in protest
Hundreds of anti-government protesters gathered on Tuesday night a month since the introduction of a mask ban in Hong Kong, marching through the tourist hotspot of Tsim Sha Tsui. Police deployed a water cannon to disperse the crowd. Many demonstrators wore the smiling masks made famous by the 2005 dystopian film V for Vendetta. The masks commemorate Guy Fawkes, a British figure whose failed bid to blow up parliament in 1605 is remembered in the UK every year on November 5. In recent years, the masks have become a familiar sight at protests around the world. 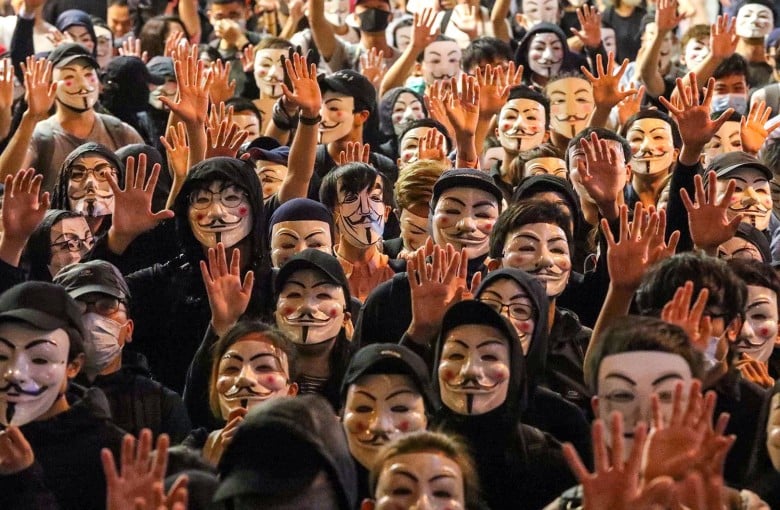 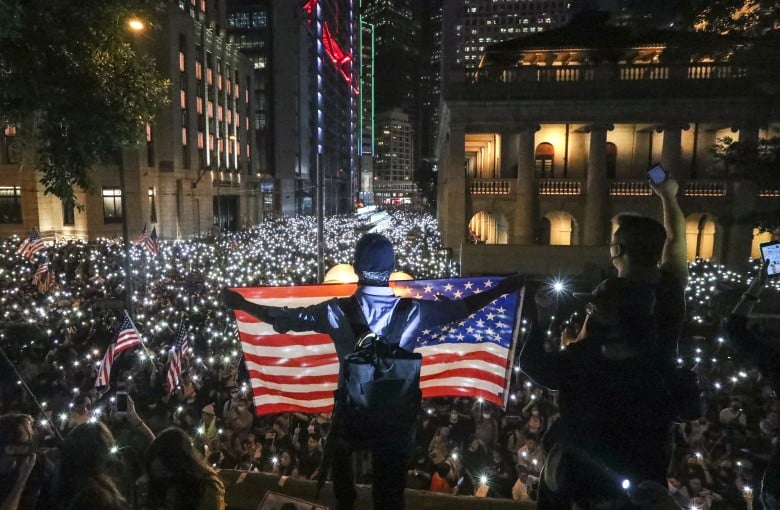 Inkstone
Hong Kong protesters defy anti-mask law
Thousands of protesters marched through the streets of Hong Kong over the weekend. Many wearing masks, they defied a new anti-mask law introduced by the city’s leader, who invoked emergency powers as demonstrations grew increasingly violent. 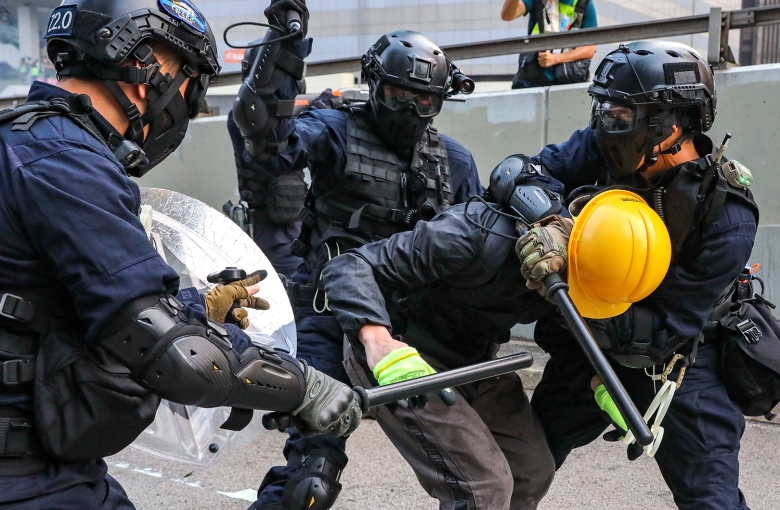 Sports
Hongkongers boo Chinese anthem at soccer game
Hong Kong soccer fans decided to show their support for protesters at a recent World Cup qualifying match between Hong Kong and Iran. Before the match started, Hong Kong fans booed the Chinese national anthem. Fans also sang a new anthem of the Hong Kong protests, “Glory to Hong Kong,” during the match, as unrest in the city entered its 14th week. 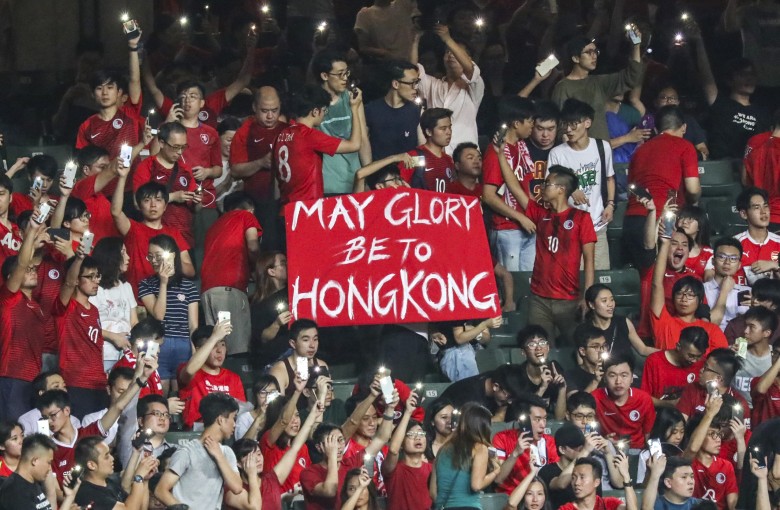 Politics
On the front line with Hong Kong’s protesters
Hong Kong has been rocked by more than 13 weeks of protests, which have increasingly led to clashes between police and protesters. On the front line of these confrontations are mostly young people, many of them students or fresh out of school. Without a clear leadership in the movement, the demonstrators are figuring out their own ways to make their voices heard. 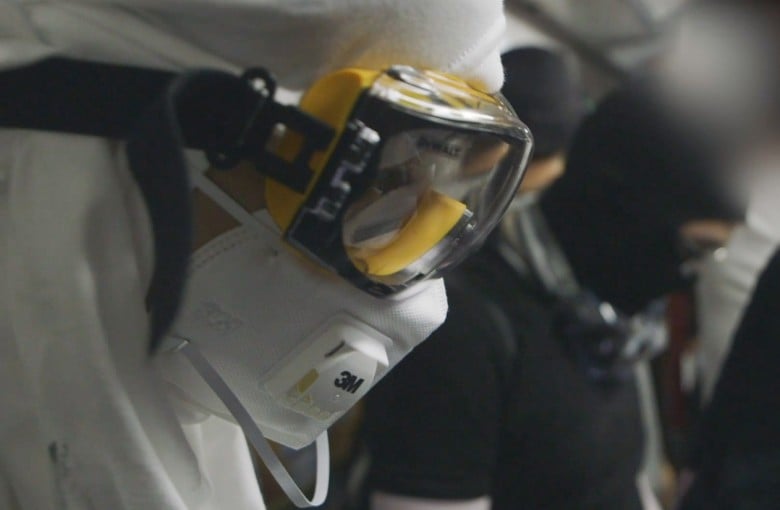 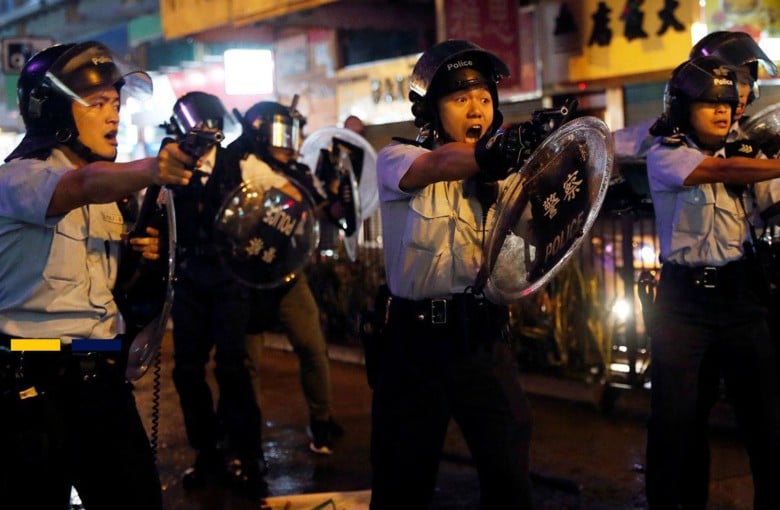 Politics
Hundreds protest student arrest with laser show
Hundreds have rallied at a tourist hotspot in Hong Kong to demand the release of a student arrested for carrying laser pointers. Keith Fong, president of Hong Kong Baptist University’s student union, was arrested Monday on suspicion of possessing “offensive weapons.” The university's faculty, students and alumni of the university held rallies to condemn the police for spreading “white terror” and demanded Fong’s release. Laser pointers have been commonly seen in anti-government protests in Hong Kong, apparently to confuse police officers or deter bystanders from taking photographs that could help to identify protesters. 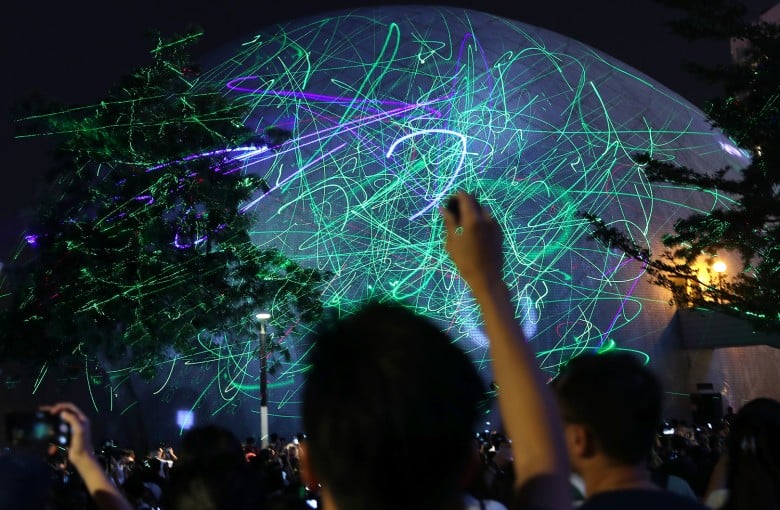