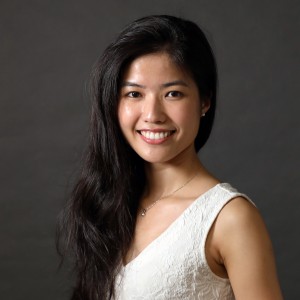 Nectar is a contributor to Inkstone, and a reporter for the South China Morning Post covering Chinese politics, policy, ethnicity and religion.

Read full bio
Close
Politics
Is Hong Kong’s rich, obedient neighbor China’s new golden child?
As tear gas filled Hong Kong’s streets over the weekend amid an unending governing crisis, a different political show played out just an hour’s ferry ride away in Macau. On Sunday, 400 members of the gambling hub’s pro-Beijing elite went ahead as expected and picked Ho Iat-seng, the son of an industrial tycoon with strong ties to China, as the city’s next leader. He was the only candidate on the ballot. For Hong Kong’s young protesters, the tightly scripted appointment of Ho is yet another reminder for why they have chosen to openly defy Beijing. Like the former British colony of Hong Kong, Macau is a former colony – of Portugal– that returned to Chinese rule some 20 years ago under an arran 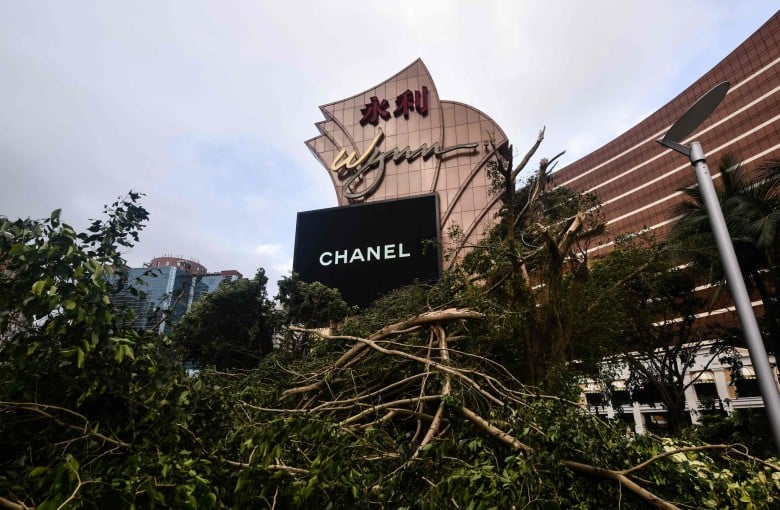 Business
Tycoon and daughter said they loved each other. Then they sued
Chinese tycoon Li Jianhua once planned to live next door to his daughter in Vancouver after he retired from a career that has brought him political prestige and great wealth in China. The daughter, Carol Li, proclaimed “devotion and filial piety” to her father. He declared “love and affection” for his only child. But instead of living out his days beside his daughter, widowed Li Jianhua, 65, is battling her in Canadian courts over a $14.1 million Vancouver real estate fortune. Unproven and untested accusations of fraud and violence were made. Li denies his daughter’s claims. She denies his counterclaims. The conflict, depicted in legal documents obtained by the South China Morning Post, shed 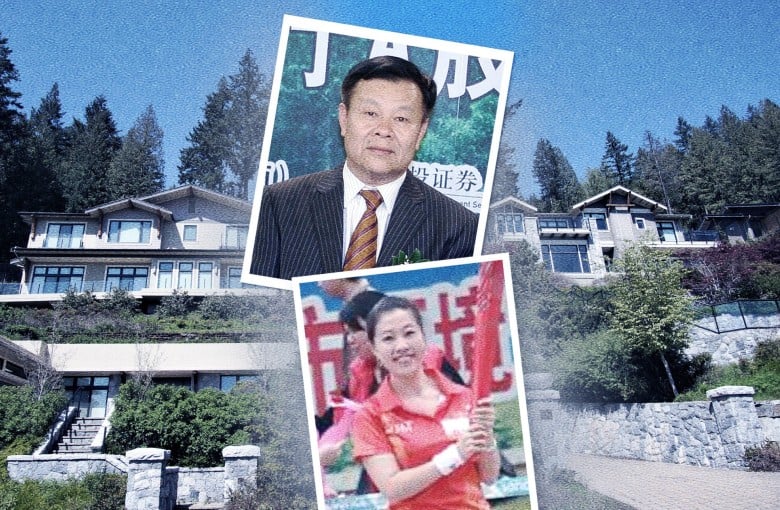 Politics
Why troops on Hong Kong streets are the ‘last thing’ Beijing wants to see
It is a prospect dreaded by many in Hong Kong, but a debate is growing on the mainland as to whether Beijing should end weeks of upheaval in the city by sending in the Chinese army. The People’s Liberation Army, or PLA, has had a presence in Hong Kong since the city’s return to Chinese sovereignty, but memories of the military’s bloody suppression of pro-democracy students and activists in Beijing in 1989 are still strong here three decades on. However, images of protesters vandalizing Beijing’s liaison office in the former British colony on Sunday have fanned nationalist anger across the border in mainland China, raising concerns about possible PLA intervention. Those concerns only deepen 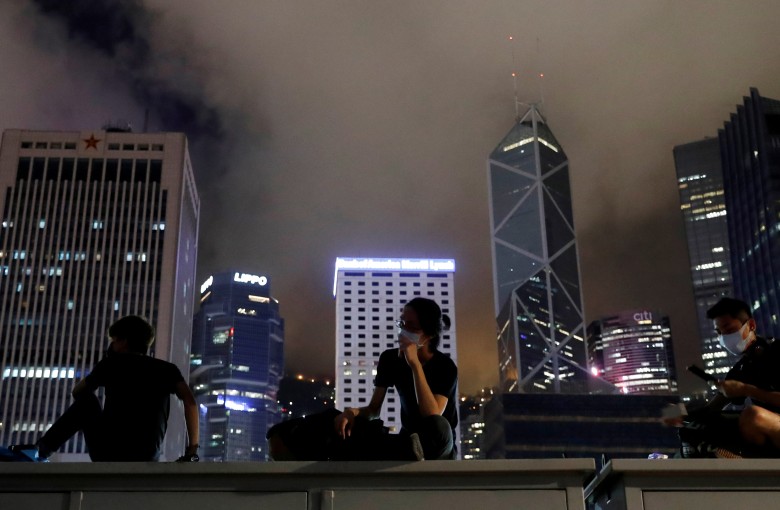 Politics
Researcher challenges China’s claims that Xinjiang camps are schools
China paints its internment camps in Xinjiang as humane “boarding schools.” But a researcher has found evidence to refute the claims from the government's own documents. Adrian Zenz, an independent German researcher focusing on Xinjiang, has examined voluminous government documents to determine what he calls the “true nature and extent” of the camps, finding evidence of coercive internment, heavy presence of police guards and political brainwashing. The research was published on the website of The Journal of Political Risk this week, which describes itself as a peer-reviewed journal covering political risk and opportunity.  In response to an international outcry over the internment of an est 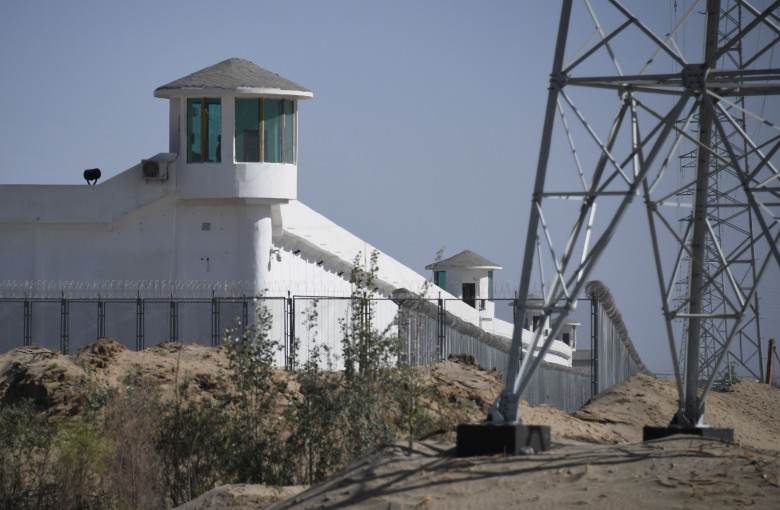 Politics
US is close to sanctioning Chinese officials over Muslim camps
The US government is poised to punish Chinese officials over the mass detention of Muslim minorities in Xinjiang. A sanctions package has gained consensus across several government departments, according to a US official and two other individuals briefed on the matter. However, Treasury Secretary Steven Mnuchin is said to have held up its implementation due to concerns that it could disrupt the ongoing trade negotiations. Hundreds of thousands of ethnic Uygurs and other Muslim minorities are being held in internment camps in China’s far western region of Xinjiang, prompting a growing global outcry. Washington has called on Beijing to stop the detention program, and US lawmakers have been pus 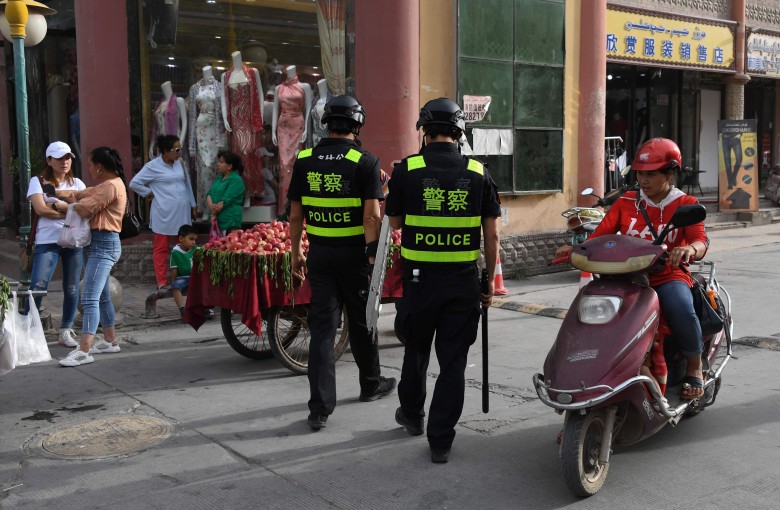 Politics
Candlelight keeps Tiananmen memories alive
Democracy advocates globally commemorated the 30th anniversary of the Tiananmen crackdown, despite Beijing’s continuing efforts to erase memories of the pro-democracy movement. On June 3 to 4, 1989, Chinese troops opened fire on the streets of Beijing as they tried to clear Tiananmen Square and put an end to a nationwide reform movement led by university students. While the Communist Party has suppressed public discussion of the event, witnesses, victims’ families and democracy supporters are trying hard to keep its memory alive. In the former British colony of Hong Kong, tens of thousands joined an annual candlelight vigil on Tuesday night to honor the protesters and condemn Beijing for it 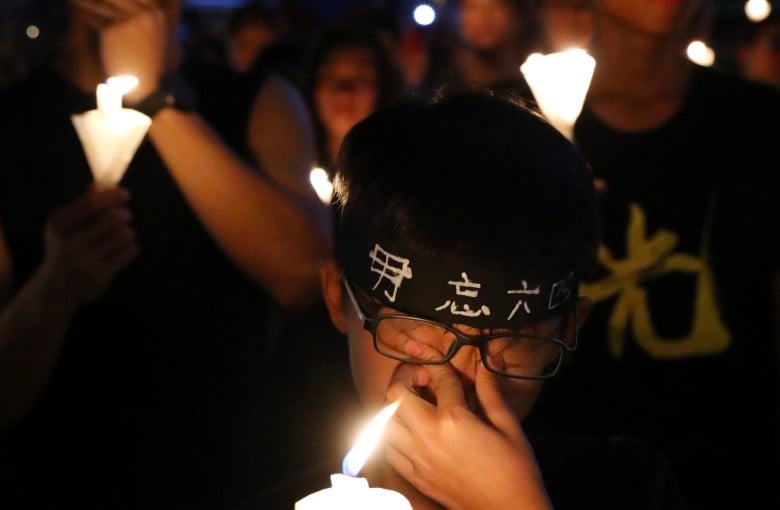 Politics
CGTN, Fox anchors trade soft blows in live show
Chinese state media host Liu Xin said Fox’s questions were not as sharp as she had expected after her highly-anticipated debate with Trish Regan turned out to be more of a question-and-answer session. In a live broadcast on Fox Business on Wednesday (Thursday morning in China), Liu defended China’s treatment of intellectual property, the Chinese state’s role in the economy and its status as a developing country. It was an unusual public confrontation between TV personalities from China and the US, both keen defenders of their own government, as the trade war continues escalating. For Chinese state media, Liu’s appearance on Fox was also a rare opportunity to relay Beijing’s view on its trade 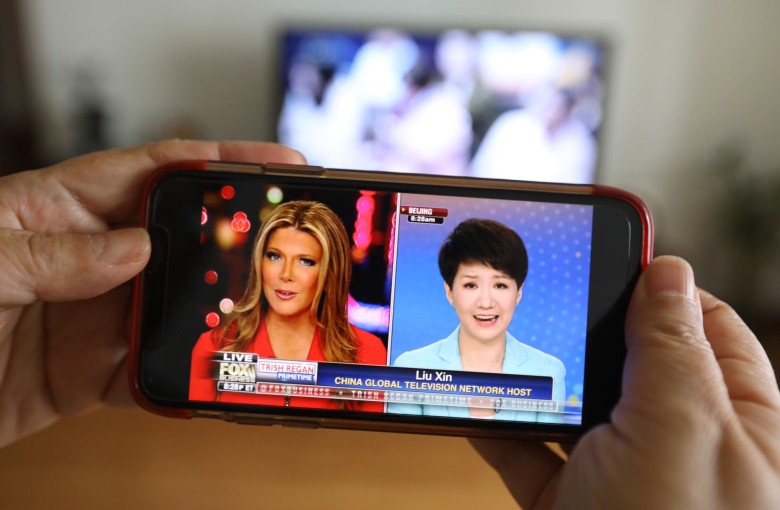 Politics
Hong Kong activists call on Pompeo to help derail extradition law
Secretary of State Mike Pompeo has met with Hong Kong’s leading pro-democracy activists, who are appealing for Washington to help stop Hong Kong’s controversial extradition bill. The city’s pro-Beijing lawmakers are pushing to enact a law that will allow residents and visitors to be extradited to territories that now lack formal extradition agreements with Hong Kong, including mainland China. Pro-democracy legislators in Hong Kong say the law would further erode freedoms in the former British colony, which has been operating under a separate legal system since its handover to China’s rule in 1997. A delegation of activists visited Washington this week to campaign for help from Pompeo and Con 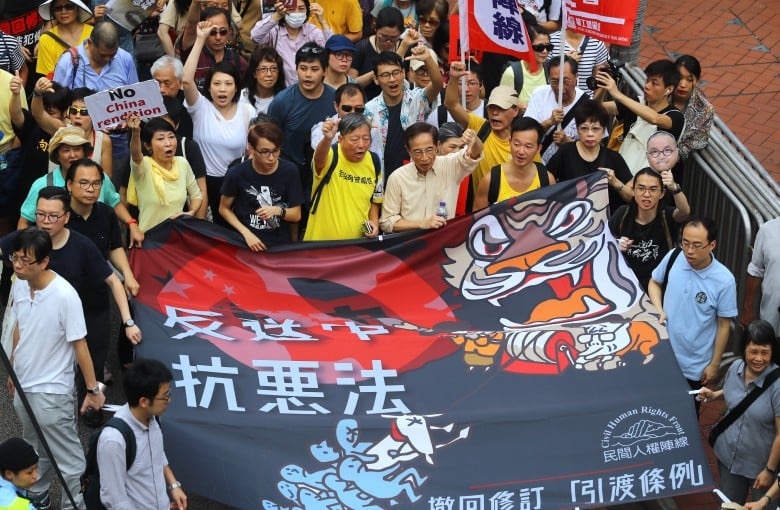 Politics
The FBI director taking aim at China
“Vulgar,” “arrogant,” a “low-life.” Ask Chinese state media for an assessment of FBI director Christopher Wray, and the response will be less than flattering. Wray’s scathing critique last week of what he called China’s attempts to “steal its way up the economic ladder” at the United States’ expense quickly drew fire from nationalist voices across the Pacific. An editorial by the reliably provocative Global Times, which is published by China’s Communist Party mouthpiece People’s Daily, led the charge. Wray’s accusation, made at the Council on Foreign Relations in Washington on April 26, displayed an “undisguised contempt for the whole of Chinese society” and threatened to lead US understandi 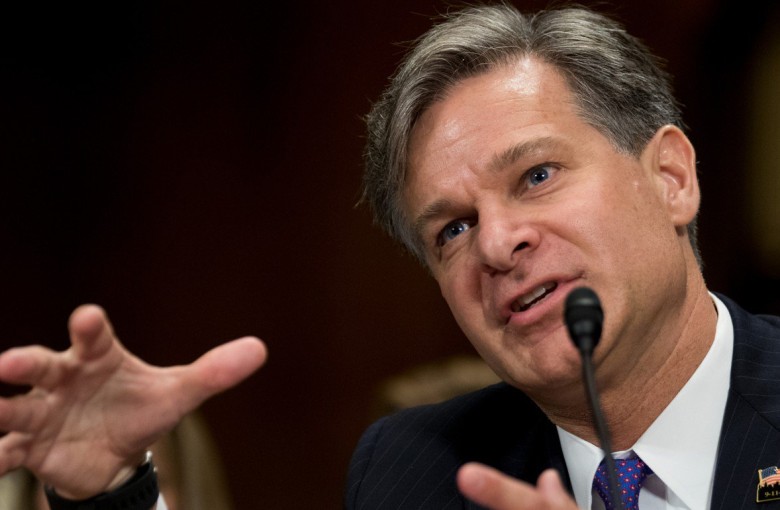 Politics
Why Washington isn’t joining China’s Belt and Road party
Foreign leaders and delegates from more than 100 countries will join a summit in Beijing this week to promote China’s ambitious Belt and Road initiative. But the country’s largest trading partner, the United States, will be absent. China has invested billions of dollars in infrastructure projects overseas under the program aimed at promoting economic cooperation along the ancient Silk Road. However, the plan has also been criticized as Beijing’s scheme to spread its own political influence by giving out massive loans. Some countries have since walked back from it. Once muted, the US response to the sprawling plan that covers the Middle East, Europe, Africa and beyond has now veered towards a