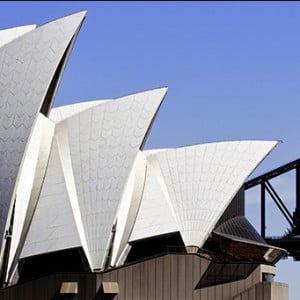 Helped by its massive natural resources, Australia weathered the global financial crisis better than other Group of 20 economies.

Show more
Show less
Politics
China stops 23,000 liters of Australian wine at its border
Tens of thousands of liters of wine from Australia were confiscated at the Chinese border last month amid a trade spat between the two countries.  According to the latest Chinese customs data, more than 3,000 liters of wine from Penfolds and nearly 20,000 liters from a second Australian winery, Badger’s Brook Estate, were held back by authorities over alleged labeling issues.  When asked why more liters of Penfolds were being sent to China given the ban, owner Treasury Wine Estates said it was “currently investigating the matter.” Badger’s Brook, which is based in the state of Victoria’s famed Yarra Valley, did not respond to requests for comment. China’s customs agency did not provide deta
Su-Lin Tan
• 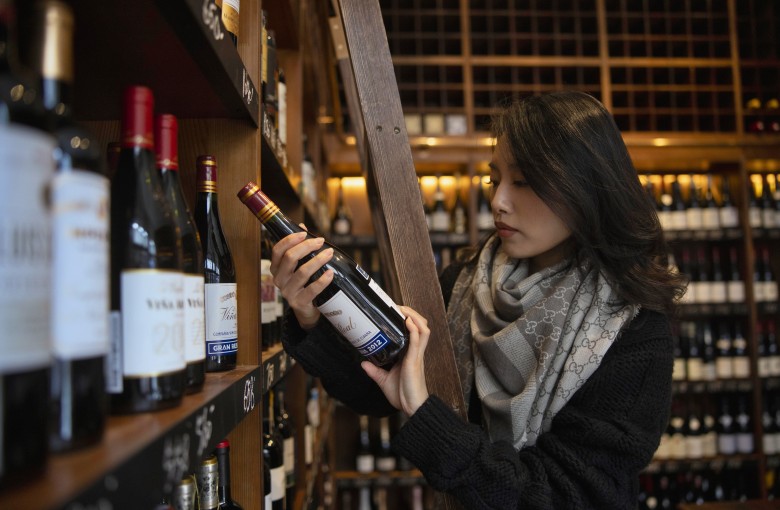 Politics
How New Zealand managed to not anger China
On paper, China should loom large in New Zealand’s parliamentary elections later this month. Like its fellow Five Eyes intelligence partner Australia, claims of Chinese interference in politics shook the nation, and it has defied Beijing with its stances on Hong Kong, the Uygurs and the South China Sea.  And like its neighbor across the Tasman Sea, New Zealand relies on China more than any other country for its trade, sending it almost one-third of its exports. But in an election that is widely expected to keep Jacinda Ardern as prime minister on October 17, China has barely registered a mention. It is a reflection, in part, of how harmonious Wellington has managed to keep relations with Bei
John Power
• 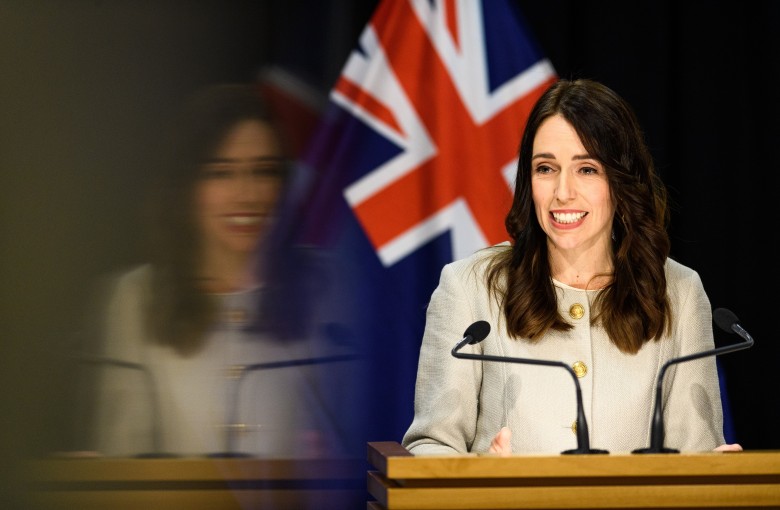 Politics
Australian and Chinese journalists find themselves caught in diplomatic storm
Chinese state media has claimed that Australian intelligence agents raided the homes of Chinese journalists based in Australia as the escalating diplomatic spat between Beijing and Canberra widened into the media sphere.  The reports about the alleged June 24 searches were published hours after China’s foreign ministry confirmed that Cheng Lei, an Australian journalist working for Chinese state broadcaster CGTN, was detained on suspicion of “endangering China’s national security.” Cheng has been detained since August 14. Two other Australian journalists – Bill Birtles from the Australian Broadcasting Corporation (ABC) and Michael Smith from the Australian Financial Review (AFR) – fled China
John Power and Sarah Zheng
• 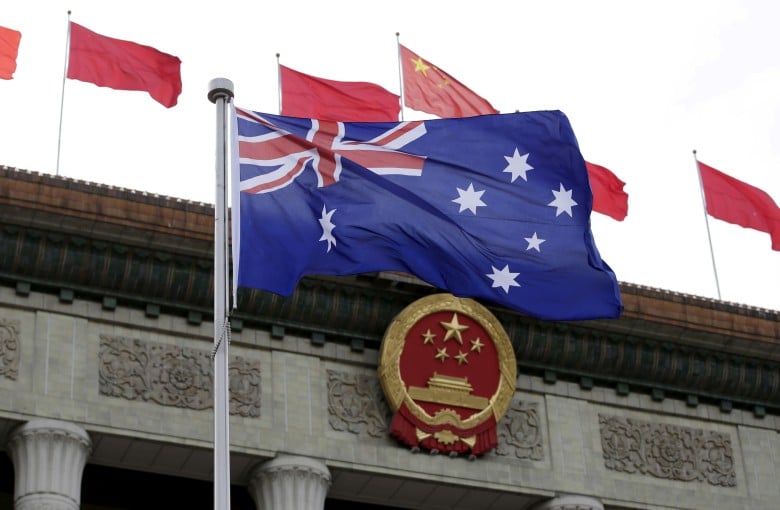 Business
China buys more from Australia despite rising tension
Every Tuesday and Thursday, Inkstone Index features one important number about China to give you insight into the rising power. 7%: The increase in Chinese imports from Australia in June.  China is importing more goods from Australia despite rising diplomatic tensions between the countries. The rise in Chinese import of Australian materials crucial for China’s infrastructure projects made up for drops in other products Australia exports to China. In May, Beijing slapped tariffs on Australian barley and suspended imports of Australian beef from four producers. The tariffs came after Australia called for an independent probe into the origin of the coronavirus in April, leading some to speculat
Qin Chen
• 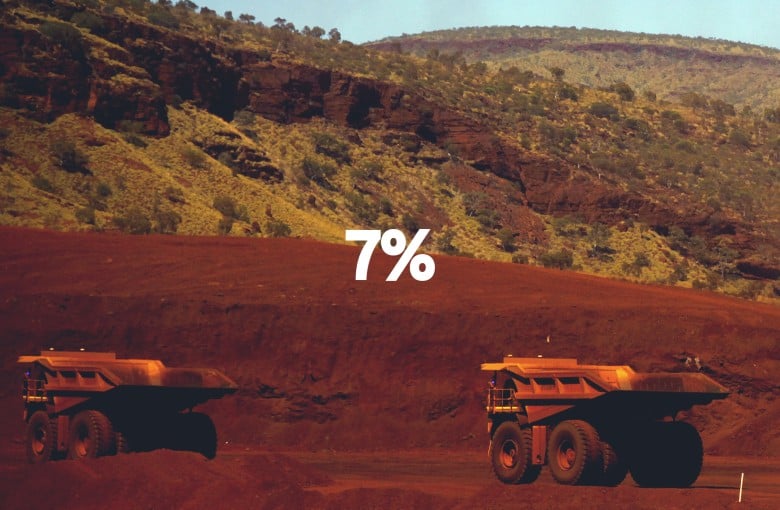 Politics
‘Chinese diplomatic failure’ as Australia’s dovish voices fall silent
When Australia first proposed an international inquiry into the origins of the coronavirus pandemic, which would send relations with China to their lowest ebb in years, reaction at home was mixed. Kerry Stokes, one of the country’s richest tycoons, used a front-page interview in the West Australian newspaper he owns to warn against poking “our biggest provider of income in the eye,” while mining magnate Andrew Forrest called for any investigation to be delayed. Former foreign ministers Bob Carr and Gareth Evans criticized the government for creating unnecessary tensions by turning an otherwise reasonable search for answers into a public spectacle, instead of engaging in quiet diplomacy. In t
John Power
• 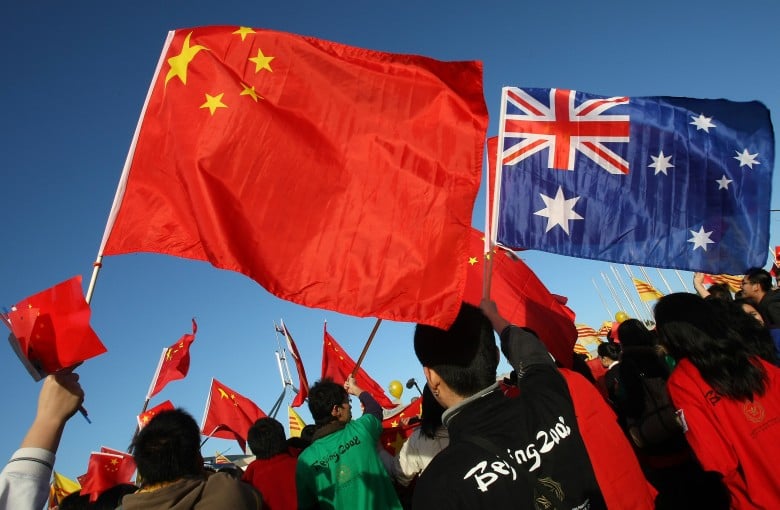 Politics
US ‘suspected of dossier leak’ as Australia cools on Wuhan lab theory
There are signs of a growing split between Australia and the United States over an unproven theory that the coronavirus came from a Wuhan laboratory, amid claims the US embassy may have leaked a dossier linked to the allegations. According to Australian newspaper The Sydney Morning Herald (SMH), Australia’s government fears the Donald Trump administration’s promotion of the lab theory could undermine its call for an independent inquiry into the origins of the pandemic and a ban on the sale of exotic live animals. “The Americans pushing the lab theory kind of discredits that initiative,” said Richard McGregor, a senior fellow at the Lowy Institute in Sydney. “It prejudges it, which in a way c
John Power
• 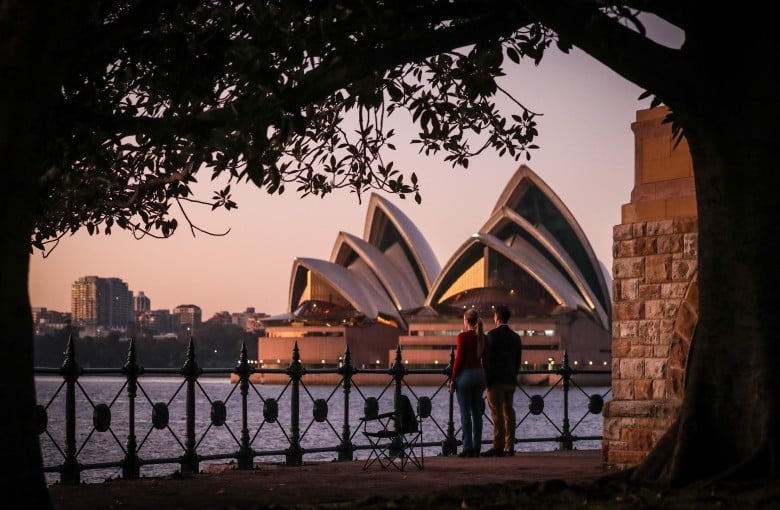 Opinion
Explosive claims of ‘Chinese spy’ seem more fiction than fact
At a time when China is being systematically portrayed as a bogeyman trying to take over Australia’s political system, the emergence in October of a self-proclaimed Chinese spy claiming to have a trove of insider secrets to spill about China’s intelligence operations should have been a dream come true for Canberra’s top spooks. But instead of putting Wang Liqiang in a secure location for a thorough debriefing which could take months, the Australian Security Intelligence Organisation apparently took a back seat and allowed some enthusiastic journalists to lead the investigation on what has been billed as the most significant spy defection since 1954, when a Russian KGB officer sought politica
Wang Xiangwei
• 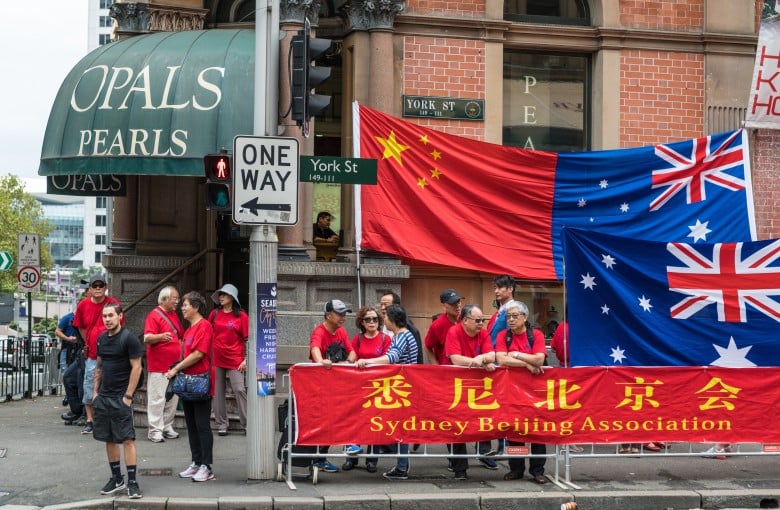 Society
Students clash over Hong Kong protests at Australian university
Students clashed during a protest in Brisbane, Australia against Hong Kong’s controversial extradition bill on July 24. The protest at the University of Queensland, organized by international students from Hong Kong, turned violent when scuffles broke out between opposing groups.
Xinyan Yu
• 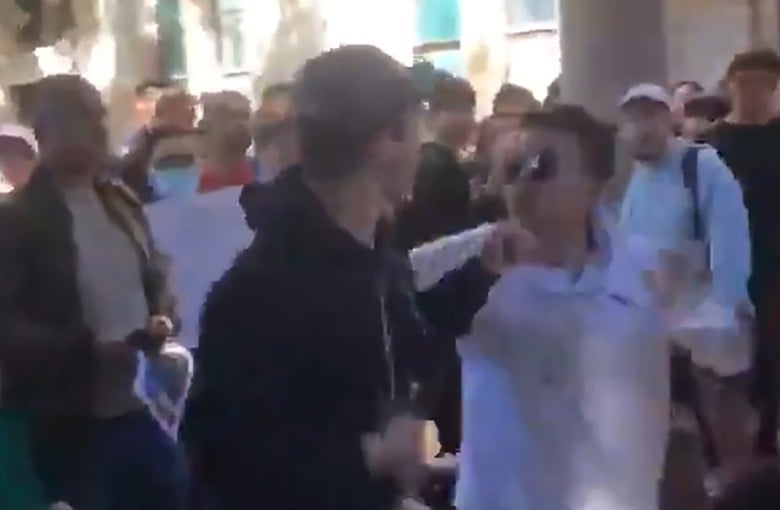 Politics
Why politicians approach Australian-Chinese voters with caution
Asked on the campaign trail this week how Australia could balance its relations with the United States and China, Prime Minister Scott Morrison replied there was no need to choose between a “friend” and a “customer”. The remarks by the leader of the center-right Liberal Party – hoping for a return to the top office in Australia’s federal election on Saturday – tanked with Chinese-Australian social media users. The comments served to remind Chinese-Australians of how they have long been treated by Australia’s major political parties as fundraising cash cows, or as “cannon fodder” candidates for unwinnable races, said Jieh-Yung Lo, a political commentator and former deputy mayor of a Melbourne
Meaghan Tobin and John Power
• 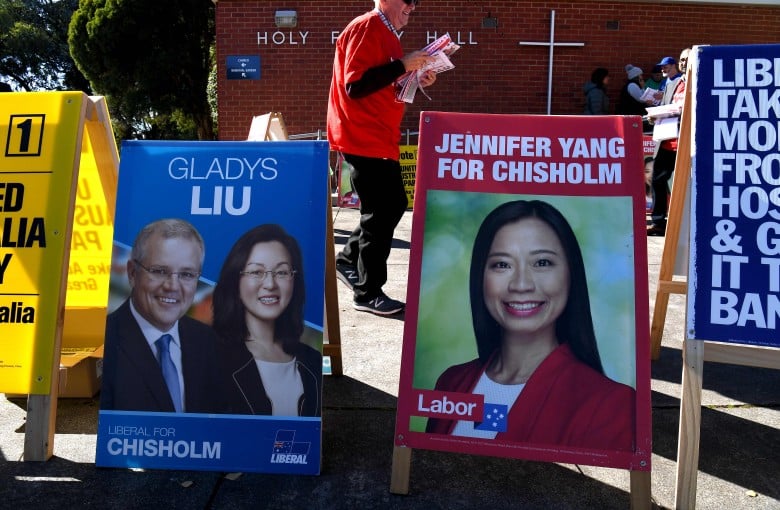 Politics
Why Australia banned Chinese tech giants from building its 5G network
Good friends are forever, except maybe when it comes to friendships between countries. This is in part the thinking behind Australia’s move to ban two Chinese companies from building a next-generation telecommunications network in the country, according to the former Australian leader whose administration oversaw the ban. Australia banned tech giants Huawei and ZTE from its 5G network as a “hedge against adverse contingencies” in case relations with China soured in the future, former Prime Minister Malcolm Turnbull said in an interview with the ﻿South China Morning Post this week. Turnbull, who was ousted as leader in August 2018, said that his government “decided not to allow 5G networks to
Finbarr Bermingham
• 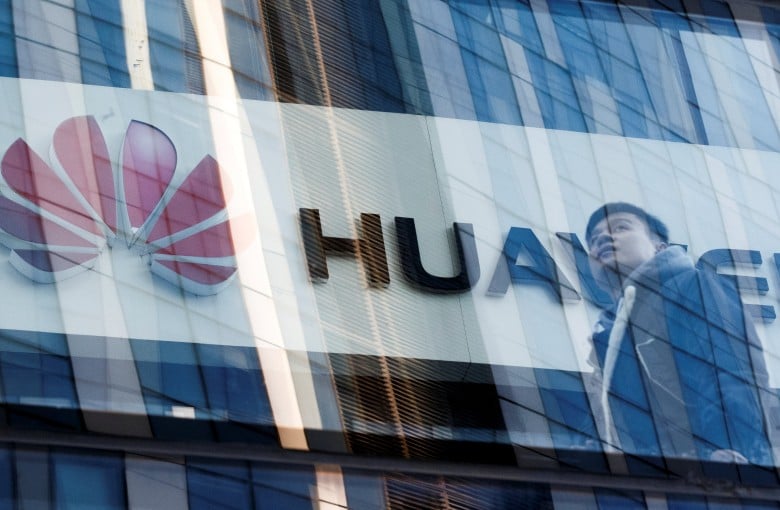