Politics
Chinese diplomat pictured walking on locals’ backs highlights Pacific power struggle
US and Australian officials have been quick to express outrage over an image shared on social media showing the Chinese ambassador to the Pacific island nation of Kiribati walking across the backs of locals lying face down on the ground. Commander Constantine Panayiotou, the US defense attaché to Kiribati, tweeted: “I simply cannot imagine any scenario in which walking on the backs of children is acceptable behavior by an ambassador of any country (or any adult for that matter).” But many in Kiribati said the practice is customary and that the image featuring China’s ambassador Tang Songgen, on his arrival on the island of Marakei, had been taken out of context. “The Marakei people can welco
Joshua Mcdonald
• 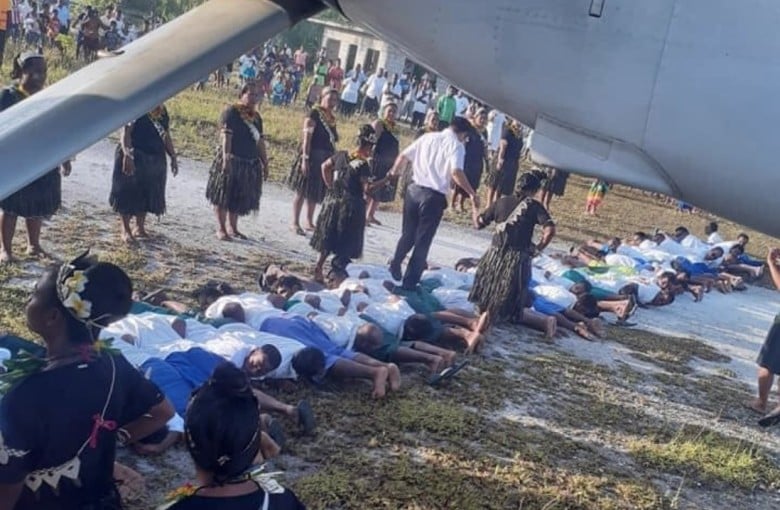