Society
Dragon dancing in the schoolyard
The town of Longji, in China’s southwestern Guizhou province, dates back some 600 years. In an area populated primarily by ethnic minorities, Longji began life as a military garrison for the northern Han Chinese ethnic group, who were ruling the country. Now, with China’s Communist Party pushing ahead to forge a greater sense of national identity, students are learning the old ways in Longji – such as its ancient dragon dance, performed by dancers with painted faces. Xinhua photographer Ou Dongqu went to capture the lords of the dance – and the students.
Adam White
• 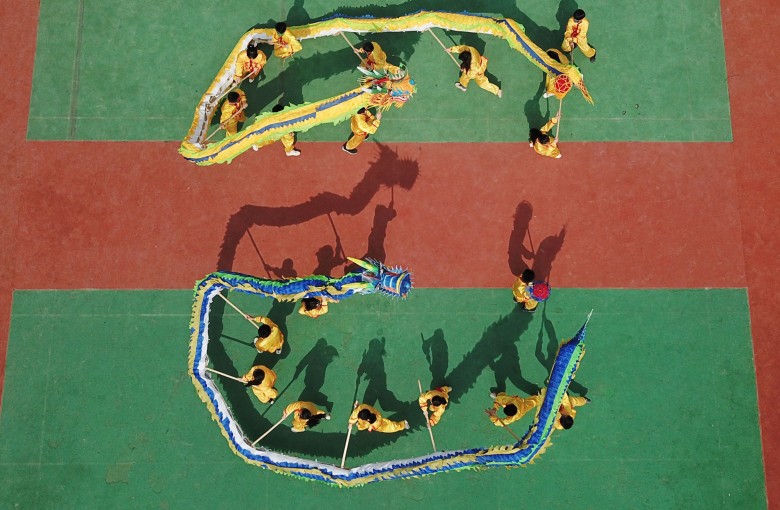