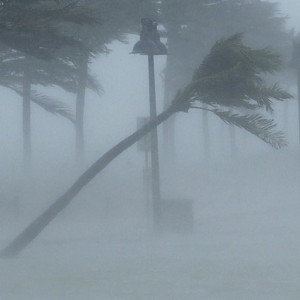 Society
Floods hit 34 million people and keep China’s dike watchers up at night
Wu Shengsong was on his fifth night in a row patroling the banks of the Xi River, in east China’s Jiangxi province, when lightning lit up the sky and he feared that worse was yet to come. “I’m a little worried,” he said on Saturday. “The forecast is for several days of rain.” Wu works as an official in the village of Wanli, close to Poyang Lake, China’s largest freshwater lake. By Sunday morning, after a heavy downpour and a release of floodwater from the Yangtze River upstream, the lake’s water level had risen to an all-time high of more than to 74 feet, putting many of the towns and villages that lie beyond the dike that surrounds it at risk. Wanli is just one of many villages to be hit b
Phoebe Zhang
• Society
Massive floods hit a China struggling to recover from Covid-19
After weeks of intense seasonal flooding in southwestern and central China, torrential rains have caused more floods along the Yangtze River, with nearly 300,000 people evacuated in the eastern provinces of Anhui and Jiangxi as homes have been destroyed, roads paralyzed and many left stranded without food or electricity. More than 2,000 homes were damaged by the latest floodwaters, forcing the evacuation of 147,000 people by Tuesday in Anhui, after a week of heavy rainstorms on the country’s eastern coast. In neighboring Jiangxi, more than 151,000 people were evacuated, with nearly 2,000 houses damaged, between Monday and Wednesday, according to state news agency Xinhua. The seasonal floodwa
Viola Zhou
• 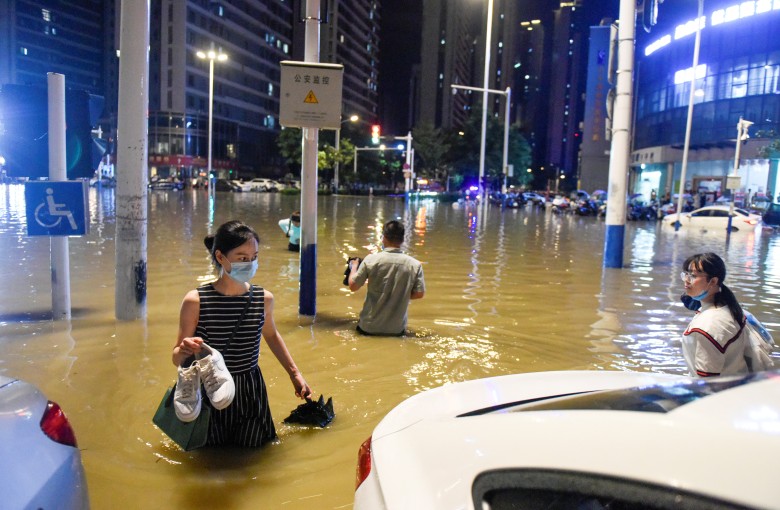 Tech
Beijing’s brogrammers swim to work
Beijing’s tech bros are having trouble getting to work this week, after heavy downpours flooded the city’s version of Silicon Valley. Every year, severe summer floods lead to casualties and traffic chaos in China, where drainage systems struggle to keep up with rapidly growing cities. On Tuesday, torrential rains turned parts of Xierqi, a northwestern district that hosts some of China’s biggest tech firms, into rivers and ponds. The floods paralyzed roads and subway stations near the office buildings of top companies like Xiaomi, Baidu and Lenovo. “I learned to swim when I was five, but I had not got a chance to show off my skills in Beijing,” a young man told news site Pear Video on Tuesda
Viola Zhou
• 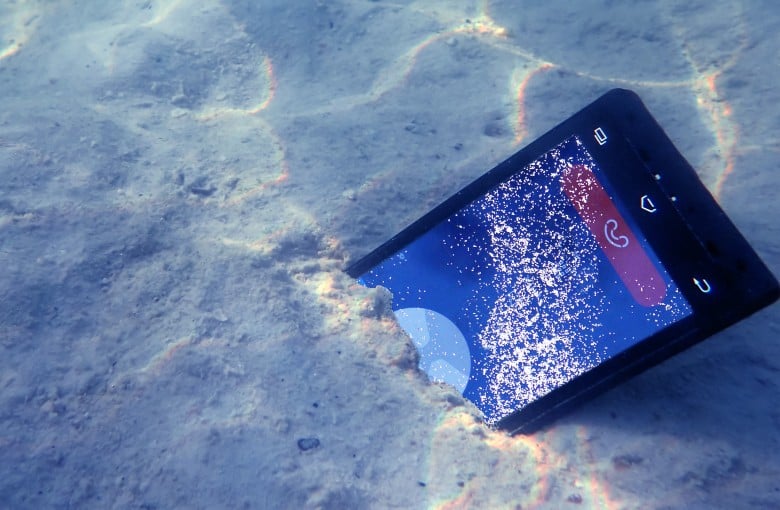 China
A deluge lashes China
Torrential rain has caused flooding and transport chaos across China. In southwest China’s Sichuan province, more than 100,000 people have been affected and 2,000 residents have been forced to evacuate their homes as heavy rain caused floods and landslides.  One of the main rail lines in western China, the Baoji-Chengdu railway, has also been affected, leading to days of suspended service.  It's a battle to get the trains running before the rains return.
Scout Xu
• 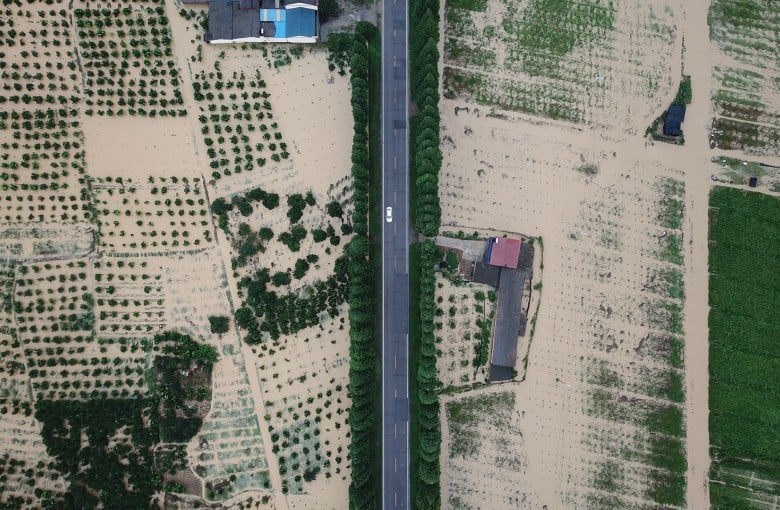 China
Torrential rain devastates southern China
An onslaught of torrential rain in southern China’s Sichuan province and Guangxi region has devastated local communities. Footage of collapsed buildings and roads has started to circulate online, showing powerful scenes of nature destroying man-made structures. Floods and landslides have affected residents in many ways. Last week, a mother who went into labor in a rural region was cut off from hospital by floodwaters, but fortunately she delivered the baby safely after firefighters transported doctors to her by raft. Roughly 20 buildings collapsed in the same region after heavy rainfall. Meanwhile, a 160-foot section of road in Sichuan province collapsed after days of prolonged rain. Local m
Wynn Wang and Gene Lin
• 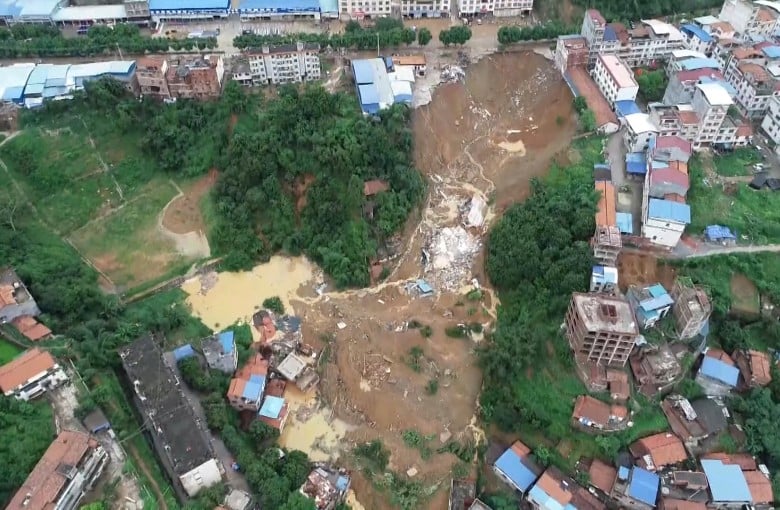 China
A typhoon day in Hong Kong
Weather in Hong Kong is generally pretty mild, but not if a big typhoon hits. The biggest ones can smash windows, flood low-lying areas and paralyze transportation. This week, the relatively temperate Tropical Storm Ewiniar is sweeping through town. Watch our video to see how Hong Kongers are handling the rain.
Chris Healy
• 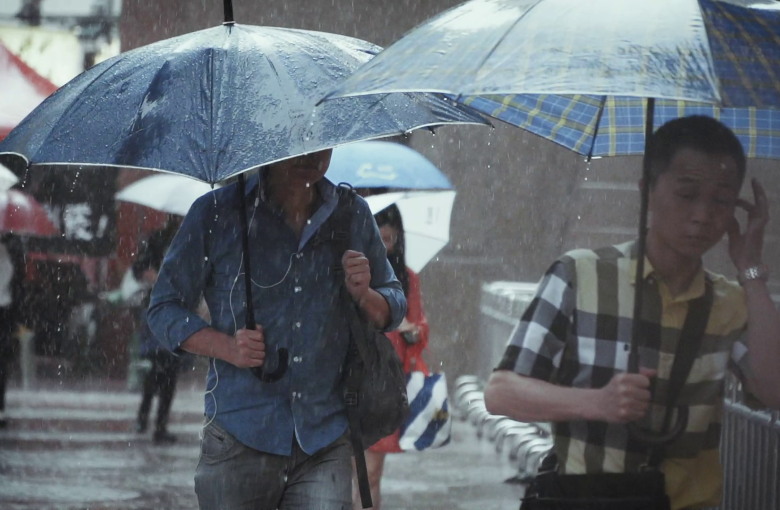