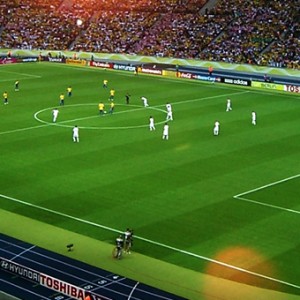 The Federation Internationale de Football Association (Fifa) is the governing body of association football. Fifa is responsible for the organisation of football's major international tournaments, nota

bly the World Cup which commenced in 1930 and the Women's World Cup which commenced in 1991. Fifa was founded in 1904. Headquartered in Zurich, its membership now comprises 209 national associations. Member countries must each also be members of one of the six regional confederations into which the world is divided: Africa, Asia, Europe, North & Central America and the Caribbean, Oceania and South America.

Show more
Show less
Sports
Death of ‘soccer god’ sparks nostalgia among Chinese fans
When Diego Maradona died on Wednesday, it was a moment of nostalgia for many soccer fans in China, who were reminded of childhood memories of watching the World Cup with their parents. Maradona is often mentioned as the greatest soccer player in the history of the sport. While he retired from professional-level soccer in 1997, millennials remember watching him as kids, when he played for the Argentinian national team in the 1980s and 1990s.  “When I was younger, most of my memories with my dad were sitting there watching football while my dad talked about the miraculous plays by Maradona,” a 24-year-old woman from northeastern China’s Jinlin, who wanted to be identified by her surname
Sarah Zheng and Phoebe Zhang
•