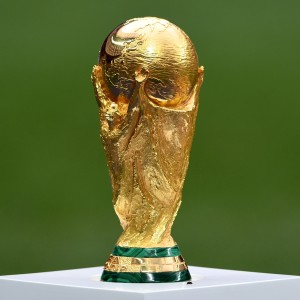 The 2022 Fifa World Cup, controversially being held from 21 November to 18 December, will be the 22nd edition of the World Cup, and will be hosted by Qatar. A total of 32 teams from around the world w

ill compete at the event. France are the reigning champions, having triumphed in Russia in 2018

Show more
Show less
Sports
Can China win the World Cup with a handful of naturalized players?
As China targets a place at the 2022 World Cup, London-born Nico Yennaris recently became the first foreign player to join the men’s national soccer team as a naturalized citizen. On his identity card he is listed as Han, the main ethnic group in China. Several foreign soccer players and other sportspeople have become Chinese citizens in recent years, many of them drawn by the huge financial rewards on offer. Naturalization has a long history in many countries, but it is a new concept in China. President Xi Jinping’s passion for the game and ambitions for China to host and maybe one day win the World Cup is public knowledge. John Hou Saeter, who was born to a Norwegian father and Chinese mot
Mandy Zuo
•