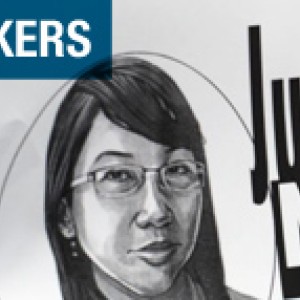 Since the 1970s, foreign domestic workers have been permitted to stay in Hong Kong to address the city's shortage of local, full-time live-in helpers.

Show more
Show less
Society
Abused and mistreated, Hong Kong’s foreign domestic workers call for protection
Around 370,000 foreign domestic helpers work in Hong Kong, each earning a minimum salary of $575 a month. Most hail from Indonesia and the Philippines, and are lured to Hong Kong by the promise of well-paid jobs. But the reality for the city’s helpers can be very different. Several high-profile cases of helper abuse in the city have made international headlines and prompted rights groups to demand the government provide better protection. Check out our video, above, for more.
Yuki Tsang
• 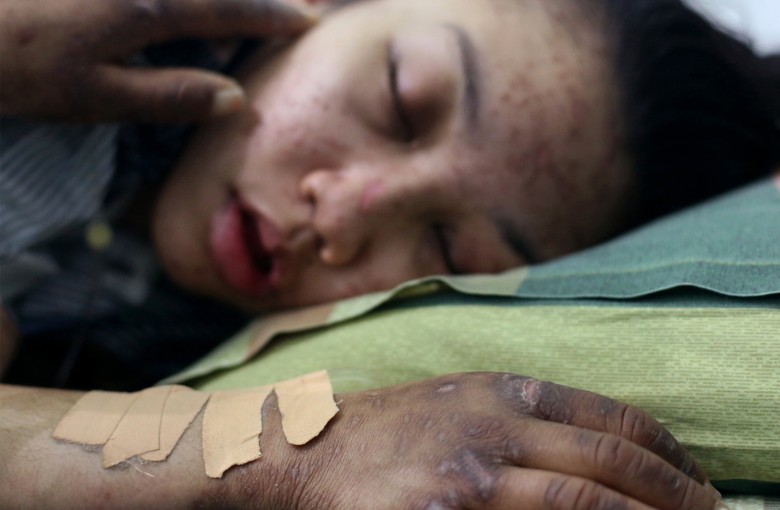 Society
Inkstone index: Hong Kong’s foreign domestic workers
5%: the percentage of Hong Kong’s residents who are foreign domestic workers. One in 20 people who lives in the city of more than seven million is a migrant worker – the vast majority of whom are women – employed to take care of everything from household chores to childcare. Hailing mostly from the Philippines and Indonesia, by law most of the foreign workers share a home with their employers in a live-in arrangement. About 370,000 workers provide domestic help to about one in eight local families and support their own families by sending billions of dollars home every year. Since Hong Kong began admitting foreign domestic helpers in the early 1970s – and since the Philippines began relaxing
Alan Wong
• 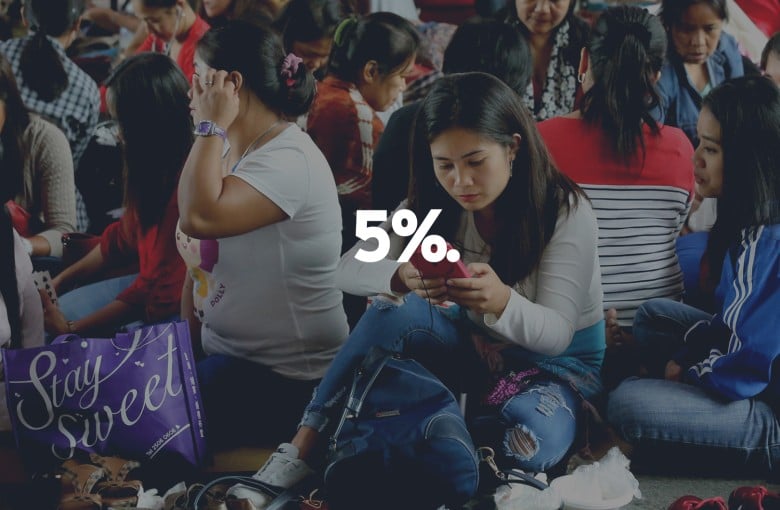 Society
She was diagnosed with cervical cancer – so she was fired
Less than a month after Baby Jane Allas was diagnosed with stage-three cervical cancer, she received another blow. On February 17, while the 38-year-old woman was on paid medical leave prescribed by a Hong Kong government doctor, Allas was given a dismissal letter. Her employers were terminating her contract because of her illness. Still shaken by the diagnosis and her unemployment, Allas said: “I feel so upset… My main concern is: how am I going to get medical care and the meds I need?” Foreign domestic workers who are fired need to leave Hong Kong within two weeks. They also lose their right of access to free medical care, which all residents of the city are entitled to. An unseen backbon
Raquel Carvalho
• 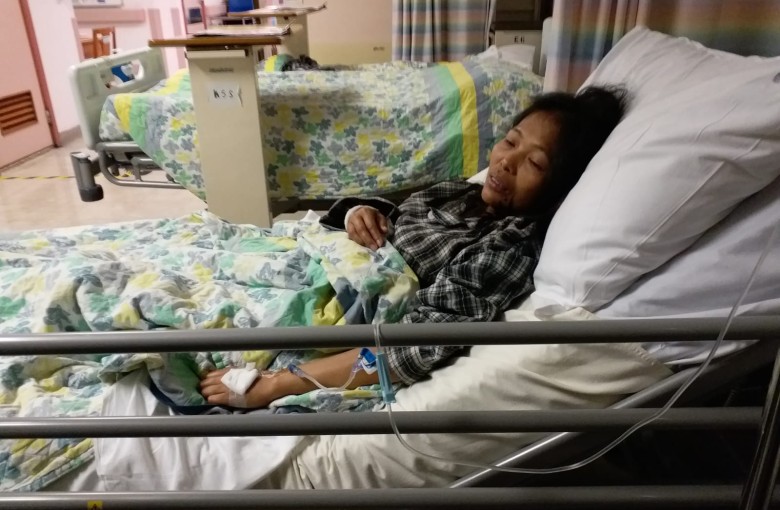 Society
The day Kim and Duterte came to Hong Kong
Two strongarm Asian leaders met up in Hong Kong over the weekend. But North Korean supreme leader Kim Jong-un and Philippine president Rodrigo Duterte weren’t in town for a political tête-à-tête. Instead, they got together to attend Mass, snap selfies and grab some fried chicken. Well, it wasn’t actually the two leaders. Instead it was a pair of celebrity lookalikes, who caused a storm nonetheless. Kim Jong-un impersonator Howard X has made several appearances in Hong Kong, but it’s the first time he’s appeared with “Duterte,” played by a performer who goes by the stage name Cresencio Extreme. The Duterte impersonator caused a scene at the Sunday service at St Joseph’s Church in Hong Kong.
Inkstone
• 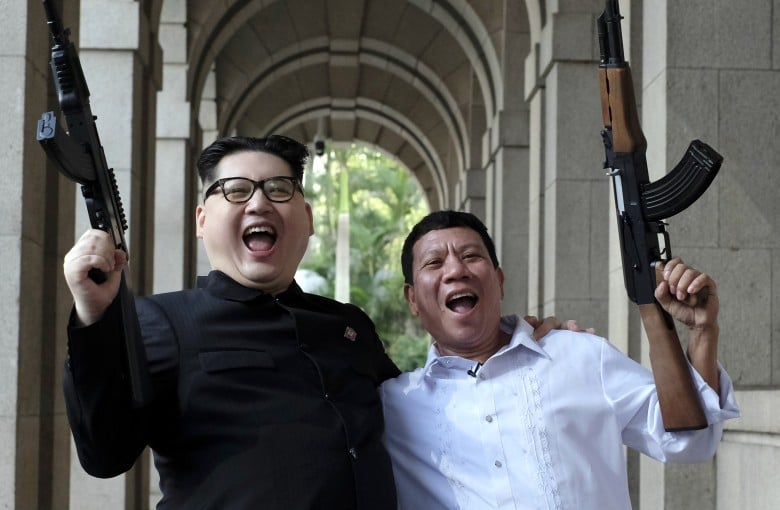 Society
From domestic worker to photographer: breaking a relentless cycle
In the late 1990s Georgia Bacani left her three children, aged between 2 and 8, behind. She had been working doing laundry by hand for her village in Nueva Vizcaya, the Philippines. But it wasn’t enough to put food on the table and pay for her children’s education. And so Bacani, now 49, decided to leave home and become a foreign domestic worker in Singapore. “We were very, very poor and I wanted to give my children a better life,” she says. “Life was really hard and migration was the only option.” After a few years in Singapore, Georgia took a job in Hong Kong in 1999. She was eventually joined by her eldest daughter, Xyza Cruz Bacani, and has remained in the city ever since. Hong Kong has
Raquel Carvalho
• Society
No help allowed at a Hong Kong private club
The help isn’t welcome poolside at an exclusive Hong Kong private members’ club. A sign erected at the Clearwater Bay Golf and Country Club states “No Domestic Helpers Allowed in the Swimming Pool Area.” A photograph of the sign has caused a stir on a Hong Kong online forum, with comments calling the policy discriminatory.  “Clearly racist … someone should report this,” wrote one commenter in the Hong Kong Moms Facebook group.  “Pretty shameful indeed. Was shocked when I saw it the first time. Helpers aren’t allowed in the pool area at all. Even sitting on the lounge chairs. It’s absurd,” wrote another. But the Clearwater Bay Golf and Country Club says the sign was put in place simply becau
Kylie Knott
• 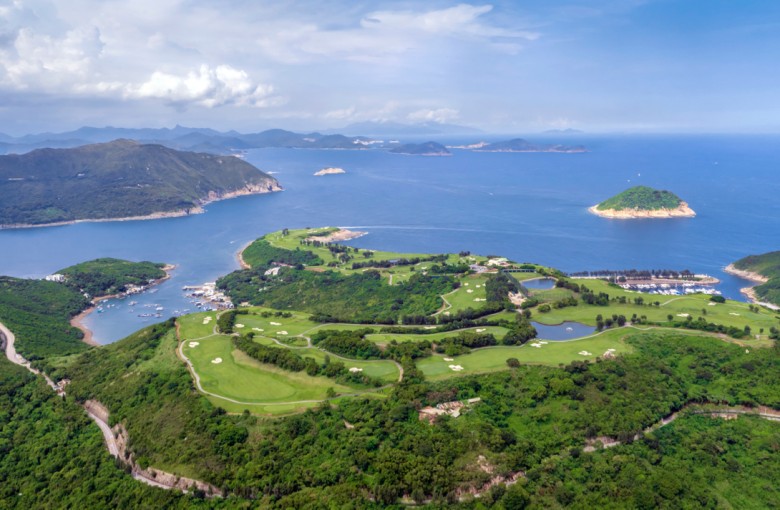