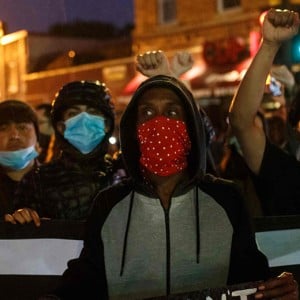 Latest news and updates on the US protests sparked by the death of George Floyd, an African-American, during his arrest in Minneapolis.

Show more
Show less
Society
China Trends: death of a coronavirus doctor and a Chinese official’s tweets
Every Tuesday and Thursday, China Trends takes the pulse of the Chinese social media to keep you in the loop of what the world’s biggest internet population is talking about. ‘I can’t tweet’ Chinese social media users have mocked a tweet by Hua Chunying, China’s Foreign Ministry spokeswoman, by drawing attention to China’s blocking of Twitter. Hua on May 30 tweeted “I can’t breathe,” a reference to the rallying cry for protests across the US after George Floyd, a black man, died in police custody after being pinned by the neck to the ground for more than eight minutes.  In response, some users of China’s Twitter-like Weibo said, “I can’t tweet.” Twitter is blocked in China, but Chinese diplo
Viola Zhou and Qin Chen
•