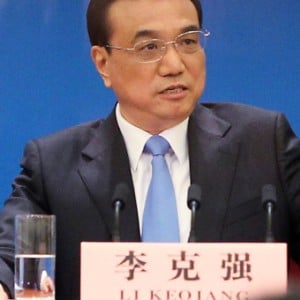 Li Keqiang, born in 1955, became China's premier in March 2013. Like ex-president Hu Jintao, his power base lies with the Communist Youth League, where he was a member of the secretariat of the league

’s central committee in the 1980s and later in the 1990s the secretariat’s first secretary. His regional governance experience includes a period as vice party boss, governor and party boss of Henan province between 1998 and 2003 and party boss of Liaoning province beginning in 2004. He became vice premier in 2008. Li graduated from Peking University with a degree in economics.

Show more
Show less
China
Sparks could soon be flying between US and China over Hong Kong
Hong Kong will come under the spotlight at China’s biggest political event of the year following waves of protest last year. Sources told the South China Morning Post that Premier Li Keqiang was expected to take a tougher stance on Hong Kong when he delivers his work report to the National People’s Congress (NPC). The NPC, usually held in early March, was delayed until this month because of the pandemic. It is where Beijing announces its annual economic growth targets, sets budgets and lays out key development plans. Ordinarily, the premier's report contains a terse, one-paragraph mention of Hong Kong and Macau that reaffirms the “one country, two systems” principle that grants the former c
SCMP Reporters
•