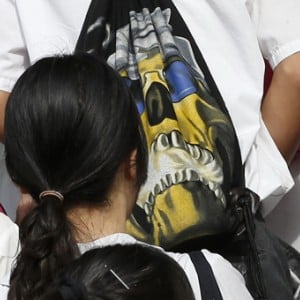 The Hong Kong government has sought since 2007 to introduce "national education" courses to strengthen "national identity awareness" and nurture patriotism towards China. The programme has drawn publi

c opposition in recent years, with many in Hong Kong seeing it as a brainwashing attempt by the Chinese Communist Party to suppress dissent.

Show more
Show less
Politics
Chinese patriots must also love the Communist Party, new guidelines say
Beijing has issued a new set of “patriotic education” guidelines, vowing to ramp up efforts to unite the country’s 1.4 billion population amid continuing social unrest in Hong Kong. Compared to the previous guidelines, published in 1994, the new framework goes a step further in emphasizing the role of the party in the country.  The new document explicitly defines patriotism as not just love of the country but also of the ruling Chinese Communist Party and its official political ideology. “The fates of the country and the party and socialism are inseparable,” the guidelines said, echoing previous remarks by President Xi Jinping. The guidelines, jointly issued by the Communist Party’s Central
Guo Rui
•