Society
Adorable video shows panda cub attempting to climb rocks
Four-month-old giant panda cub Xiao Qi Ji appears to be on the up and up – albeit slowly. The cub, whose Chinese name translates to “Little Miracle,” was captured on video determinedly trying to climb a small rock wall at Smithsonian’s National Zoo in Washington DC.  Watching on was his mother, Mei Xiang, who gave him an affectionate hug when he eventually conquers the task.          View this post on Instagram                       A post shared by Smithsonian's National Zoo (@smithsonianzoo) “He’s getting stronger, more coordinated and is still an adorable little nugget,” a zoo worker wrote on the Instagram post.   While the cub definitely won’t win any races to the to
Kristin Huang
• 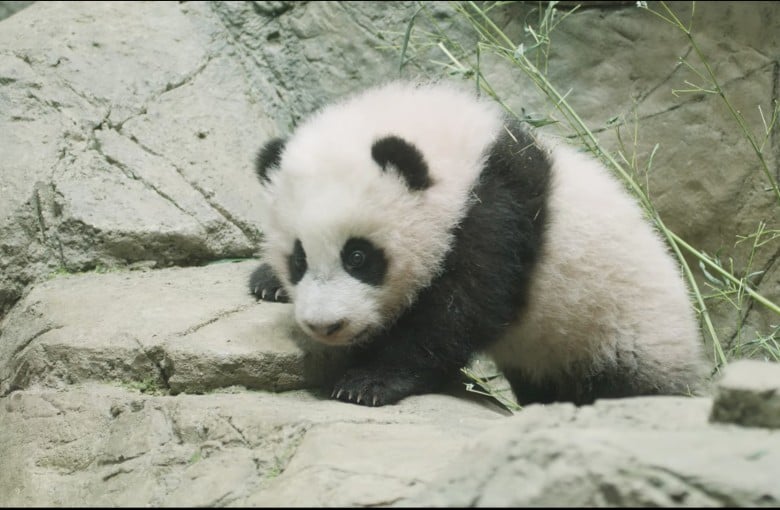