Society
Black Lives Matter gets more support from Asian-Americans than whites, poll says
Every Tuesday and Thursday, Inkstone Index features one important number about China to give you insight into the rising power. 75%: the proportion of Asian-Americans that expressed support for the Black Lives Matter movement in 2020.  The protest movement following the police killing of George Floyd, a 46-year-old black man, in Minnesota has received wide support across ethnicity groups in the US, according to a June survey from the Pew Research Center. Compared with 75% of Asian-Americans and 77% Hispanics, 60% of white Americans expressed at least some support. In all, two-thirds of the 9,654 surveyed Americans support the racial equality movement. For Asian-Americans, the Floyd protests
Qin Chen
• 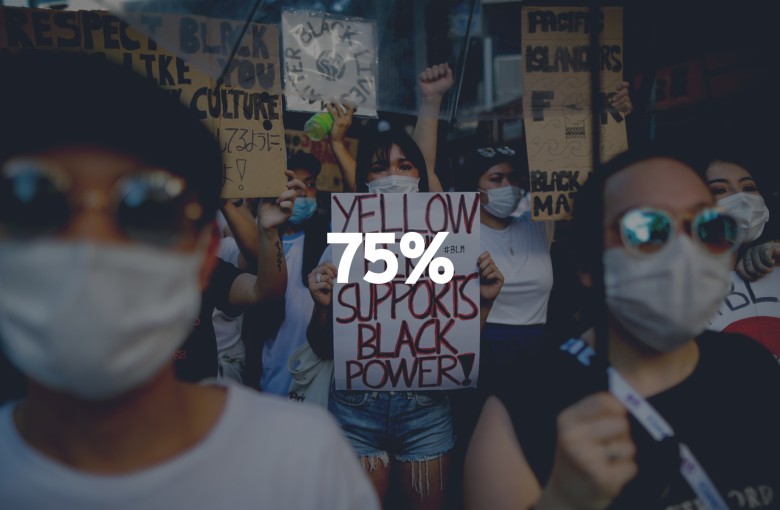