Sex and love in China

There are 240 million single people in China, and growing. That means love – and sex – are big business.

Show more
Show less
Society
Can mandatory university courses cure toxic relationships?
A Chinese lawmaking official has suggested that the country consider mandatory marriage and dating courses in universities to reduce tragedies caused by toxic relationships.  Yu Xinwei, a legislative deputy from the National People’s Congress, China’s legislature, said college students are less likely to commit “extreme acts” with “a proper understanding of love and relationships.” The proposal comes as a series of high-profile homicides and suicides have captured society’s attention.   In October 2019, a female student from the esteemed school Peking University killed herself after her boyfriend repeatedly humiliated her because she had had sex before meeting him. Some Chinese men still con
Qin Chen
• 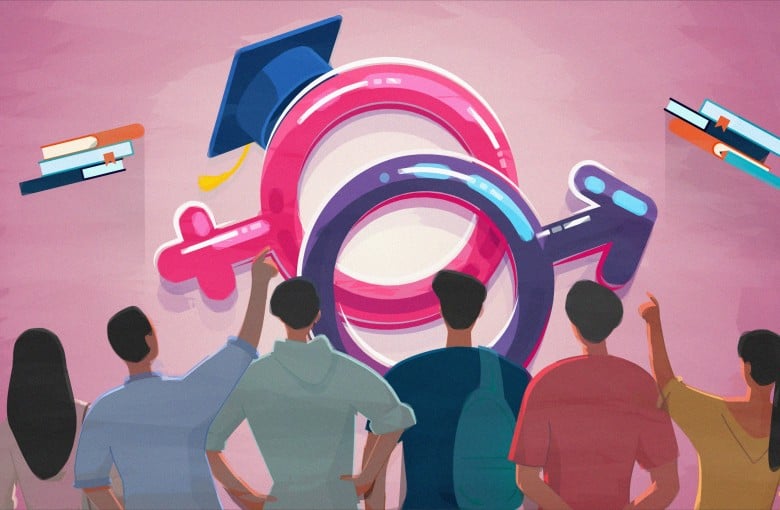 Society
Chinese expert mocked for urban-rural matchmaking idea
China is staring at a looming demographic crisis, but one expert’s proposal to matchmake urban “leftover” women with rural men has been widely mocked for being out of touch. Wu Xiuming, deputy secretary-general of the Shanxi Think Tank Development Association, a non-governmental organization in central China that specializes in social development research, urged women to not to “feel afraid to go and live in rural villages.” In China, sheng nu, or “leftover women”, is a term used to describe unmarried – although usually highly educated and urban – women over the age of 27. But Wu’s proposal is being criticized as being “out of touch” to the huge cultural and lifestyle disparity between the
Alice Yan
• 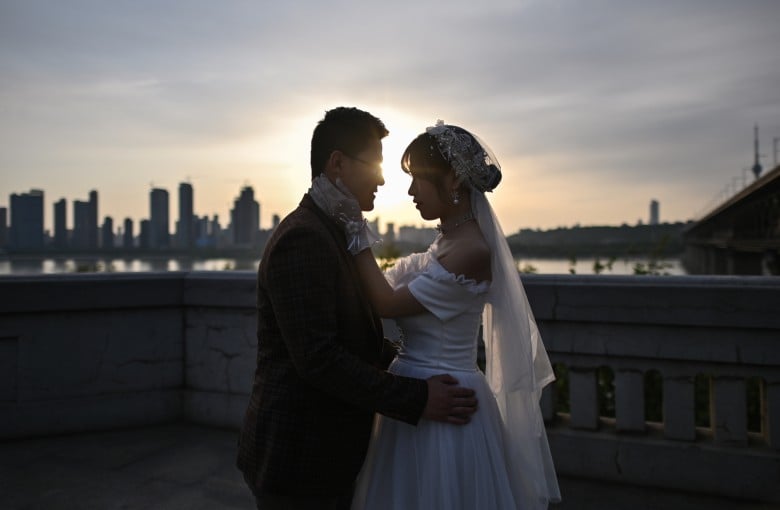 Society
China’s new divorce law sends couples rushing to file divorce
China’s divorce lawyers couldn’t be busier dealing with couples filing divorce as a new law designed to slow the divorce process took effect. Experts say the law disadvantages women, especially those without income.  The central government’s controversial new law took effect on January 1 and requires couples to “cool off” for 30 days after applying to dissolve a marriage in case they changed their minds. Officials believed the new legislation would slow down China’s rapidly soaring divorce rates and prevent “impulsive divorces” among young people with the coronavirus lockdown spurring a spike in the country’s divorce rate. In 2019, 4.7 million couples said “I don’t” – up from 1.3 million in
Phoebe Zhang
• 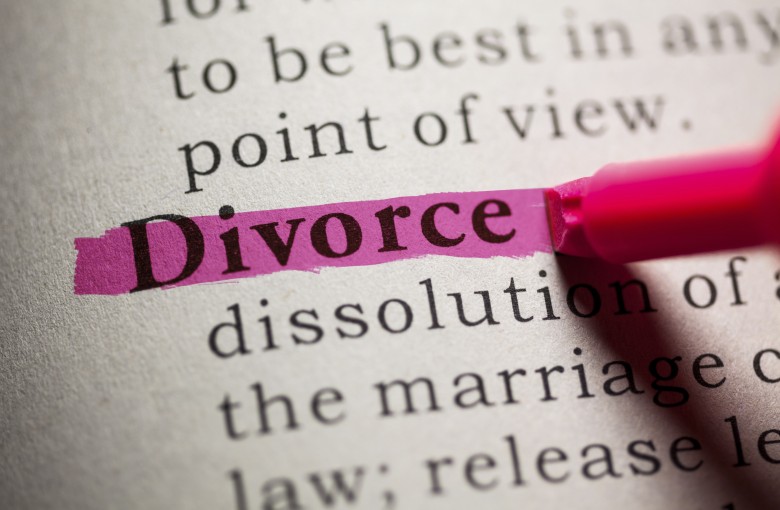 Society
Sham divorces are driving up China’s overheated property market
Local and regional Chinese governments are cracking down on couples file for “fake divorces” to buy multiple homes. In China, families are restricted by rules that limit the number of homes they can own – a number that varies between major cities. However, resourceful residents keen to buy into residential investment opportunities have started filing for divorce as a tool to circumvent the restrictions. In Shanghai, a person with a hukou, or permanent residency, is legally entitled to buy two properties at most. Those without permanent residence can only buy one. But for years, crafty couples have been faking divorces to take advantage of the city’s first-time homebuyer scheme, which allows
Mandy Zuo
• 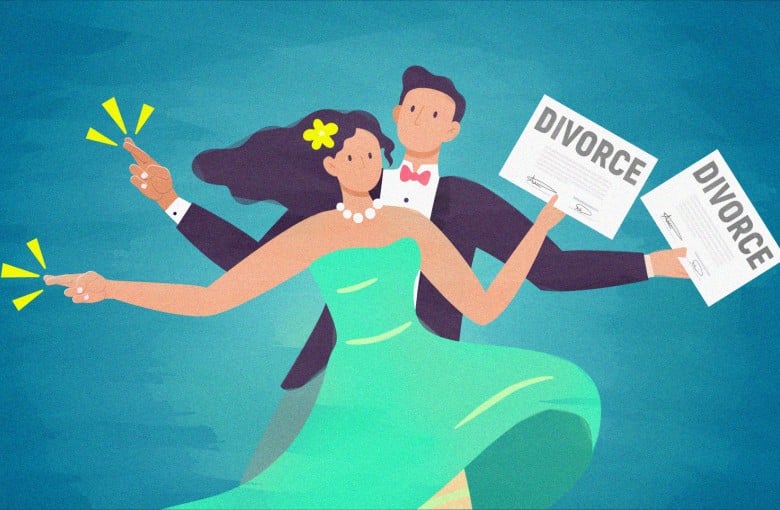 Health
Sex in the time of corona: How couples are coping during the global pandemic
Sex has come out on top as one of the most important factors in relationships thriving and surviving during the coronavirus pandemic, a new study has revealed. While previously it was thought that sex was not high on the list of reasons that could be attributed to a relationship’s success, it seems coronavirus lockdowns are now largely being praised for helping couples improve their lives together. A new study by Chinese scientists found that sex was three times more important than social or demographic factors such as money and age in improving a couple’s relationship during the coronavirus-related lockdown periods. In a paper published about the study in the journal Sexual Medicine last w
Stephen Chen
• 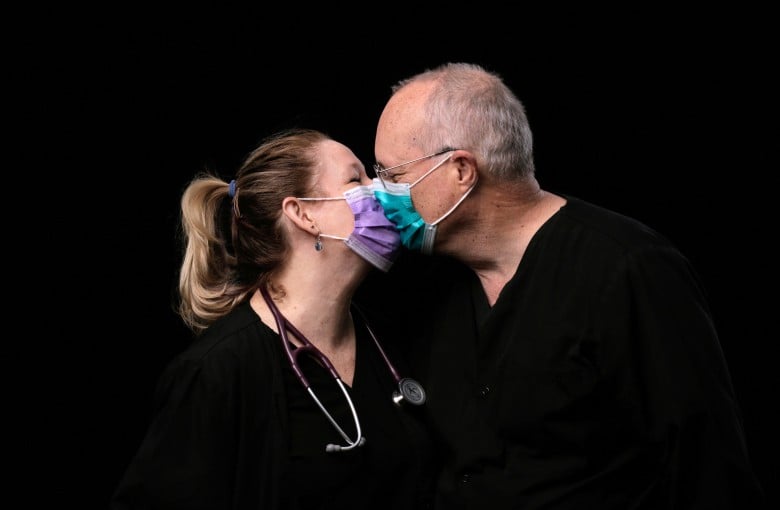 Society
Lingerie gift results in collapse of a marriage in China
A Chinese woman canceled her marriage and is getting divorced in a classic example of a storm in a D-cup. The woman in the southwestern Chinese province of Guizhou became enraged after her husband’s traditional wedding gift of lingerie was two sizes too small. The pair had been legally married but were holding a belated celebration for friends and family. They had been in a relationship for about three years.  The bride’s dumping of her husband for the unforgivable faux pas played out during a social media video of the wedding party host revealing details of the party’s cancellation and the family’s fury. The video has since gone viral with netizens showing overwhelming support for the brid
Phoebe Zhang
• Health
Sexual illiteracy is creating an HIV crisis in China
Poor sexual literacy in China has contributed to a rapid growth in the number of people who have contracted HIV over the past decade, even as the disease continues to abate worldwide.  The Chinese National Health Commission reported that 131,000 people contracted the disease in 2019. In 2007 the number of new cases was just under 33,000. In 2018, the Commission said it estimated new HIV patients are growing at a rate of about 80,000 people per year, although that data does not distinguish between people who just contracted the virus or those who may have had it for awhile without knowing. By comparison, the US reported just under 38,000 new cases in 2018. In 2019, the global number of people
Qin Chen
• 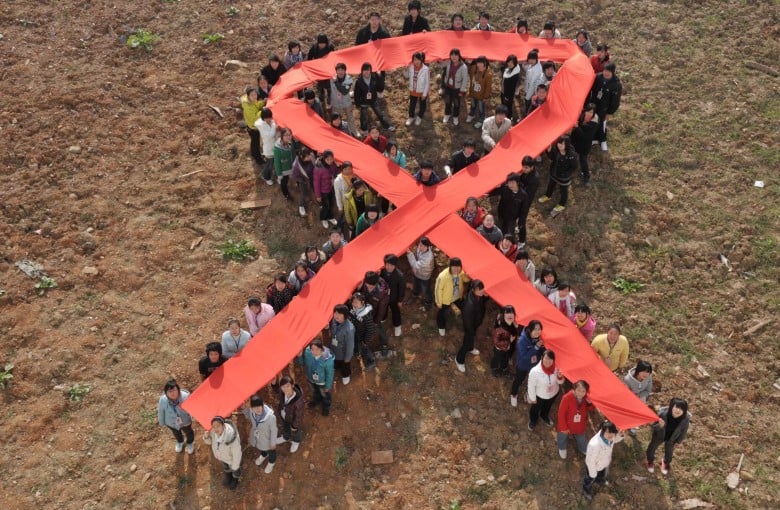 Society
Sincere seduction: No tricks, just honesty to charm men
A Chinese state-affiliated newspaper attacked an online class that advertised teaching women how to “seduce men and save marriages” on Monday, calling it “poisonous chicken soup.”  China Women’s News, an official newspaper from All China Women’s Federation, a women’s rights NGO with ties to the communist party, criticized a consulting brand named Lingtongtong in a commentary that read:  “Such techniques do not show the autonomy of women, but rather keep women confined within the realm of family affairs, only measuring women’s value by how much they gain male recognition.” It said such commercial classes disguised themselves as marriage counseling but were simply another avenue to engender o
Phoebe Zhang
• 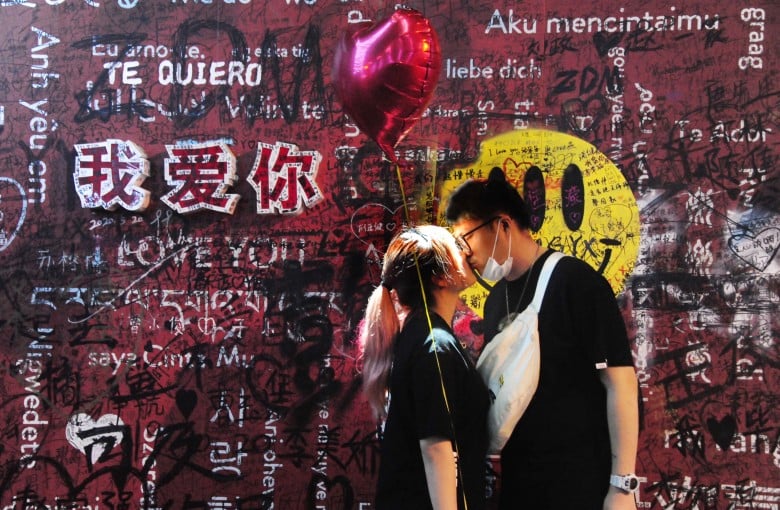 Society
The ‘markets’ where Chinese parents peddle love for their adult children
Every weekend, hundreds of parents across major Chinese cities head to public parks to take part in loosely organized speed dating. But they aren’t trying to find love for themselves; they are there on behalf of their adult children.  These “marriage markets” have been a curious phenomenon in China for about 20 years. Chinese parents often go to them for their children, usually without getting their consent, believing they are helping the family.  But these markets also illustrate a spiritual clash between the country’s young and old. Parents’ traditional beliefs about romance are at odds with those of a younger generation who grew up with values acquired while watching the country grow into
Qin Chen
• 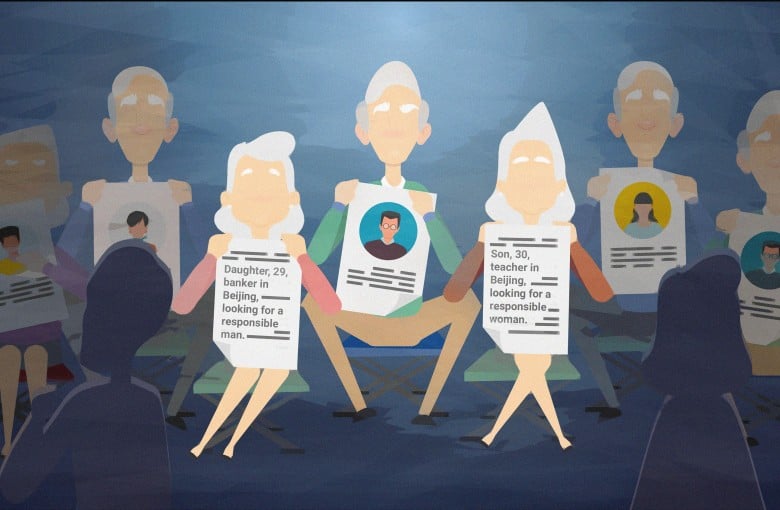 Society
China’s mandatory sex ed classes are first step on a long road
China has made sex education mandatory for schoolchildren, as growing awareness of sexual harassment and gender inequality prompts calls from parents to improve the country’s sexual literacy.  For the first time, a revised law on protecting minors, passed by the top legislative body on October 17, requires schools and kindergartens to conduct “age-appropriate sex education” for children. It is unclear how the government plans to implement mandatory “sex education.” The law, which comes into effect on the International Children’s Day of June 1 next year, only mentions sexual abuse prevention.  Issues like LGBT rights – a topic that often triggers censorship – will have a slim chance of gettin
Viola Zhou
•