Society
Taiwan legalized gay marriage, and mainland China is all over it
After Taiwan legalized same-sex marriage on May 17, the self-ruled democracy has been praised as the first place in Asia to recognize equal rights. But one message of approval has irked the Taiwanese government. People’s Daily, the mouthpiece of the Chinese Communist Party, tweeted a gif image that read “love is love” and which featured symbols of same-sex and heterosexual couples in rainbow colors. But its post referred to the Taiwanese lawmakers who passed a bill legalizing gay marriage as “local lawmakers in Taiwan, China,” asserting Beijing’s claim of sovereignty over a region it does not control. The message has prompted a fierce rebuke from officials in Taiwan. In a tweet, the Taiwanes
Qin Chen
• 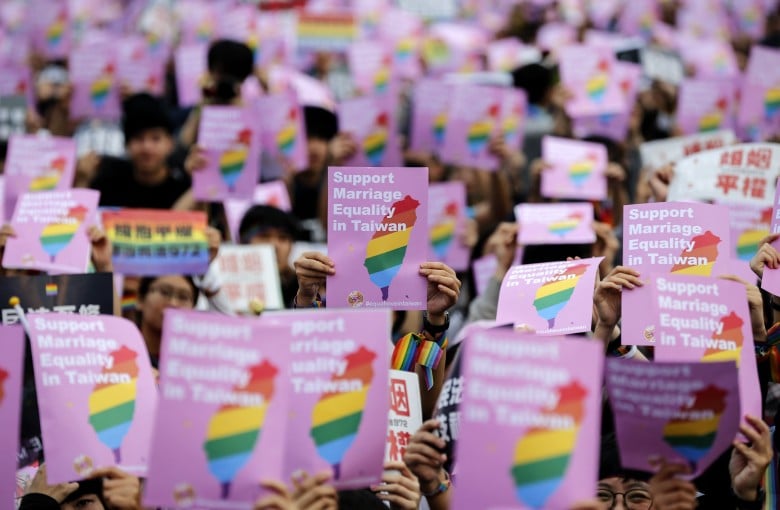