Arts
Why tattoos are still frowned upon in East Asia
Every Tuesday and Thursday, Inkstone Explains unravels the ideas and context behind the headlines to help you understand news about China. Tattoos may be increasingly embraced by young people in China, particularly in cities like Shanghai, which has a burgeoning tattoo scene, yet age-old prejudices against those with inked skin prevail in many parts of Chinese society. Chinese state media have blurred David Beckham’s tattoos when he appeared shirtless on TV.  In Lanzhou, capital of the northwestern province of Gansu, authorities implemented a no-tattoo rule in August, ordering taxi drivers to remove their tattoos for good.  In countries like Japan and South Korea, attitudes toward tattoos ar
Cheryl Heng
• 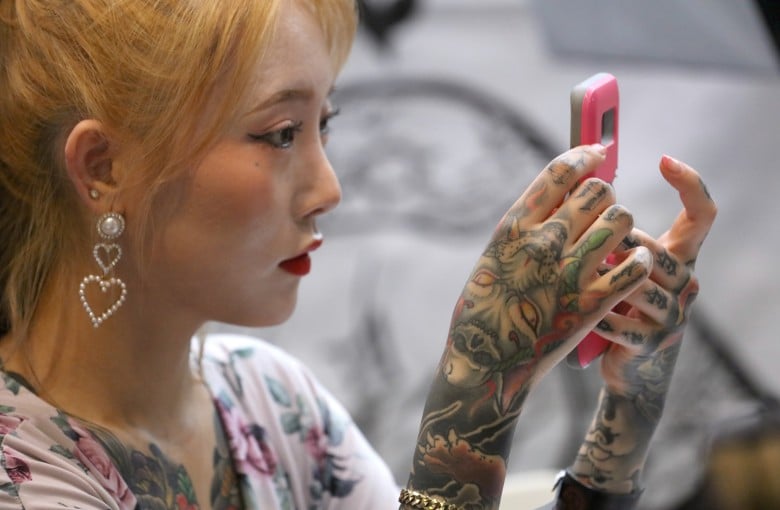 Society
Why David Beckham’s tattoos look blurry on Chinese television
Every Tuesday and Thursday, Inkstone Explains unravels the ideas and context behind the headlines to help you understand news about China. When the Chinese state broadcaster CCTV played a travel documentary starring David Beckham in May, viewers were treated to an eye-opening experience – sort of. As a shirtless Beckham recalled how he put his career ahead of his family, what viewers saw was the English soccer star’s head floating on a blurry blob of what would have been his exposed torso, abs and all. His body tattoos were all pixelated. The defaced Beckham was the result of a censorship rule in China that since 2018 prohibits broadcasters from showing tattooed celebrities on TV.  But as t
Qin Chen
•