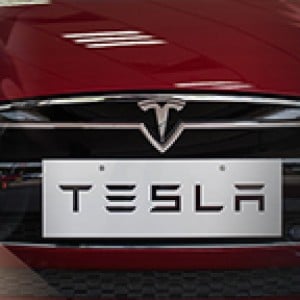 Business
What makes Elon Musk dance like nobody’s watching in China
The video came with a warning, for good reason. Elon Musk, co-founder and CEO of Tesla, shared footage of him awkwardly dancing on stage at a Shanghai event for his electric car company.  In his own telling, the video of his flailing limps was “NSFW!!” – not safe for work – internet lingo usually applied to porn and other stuff you don’t want to be caught watching in the office. At Tesla Giga Shanghai NSFW!! pic.twitter.com/1yrPyzJQGZ — Elon Musk (@elonmusk) January 7, 2020 Scripted or not, Musk’s unabashed display of joy is testimony to the good fortune he’s had in China as he sought to expand Tesla’s sales and production.  The Shanghai event was held on Tuesday to mark the delivery to cust
Alan Wong
• Business
Tesla’s cheapest car is getting cheaper in China
Tesla has started taking orders in China for the Model 3 electric cars it’ll make in the country. By pricing the car 13% lower than US imports, the American carmaker could make greater inroads into the world’s largest electric vehicle market. The standard range plus Model 3 car that Tesla plans to assemble at the Gigafactory 3 in Shanghai will be priced at 328,000 yuan ($47,529), which is about $7,000 cheaper than the same model currently imported from the United States. Tesla’s US-built cars are subject to import duty in China, which could raise if the US-China trade war escalates. The US electric carmaker plans to start deliveries in the next six to 10 months. Industry observers said that
Daniel Ren
• 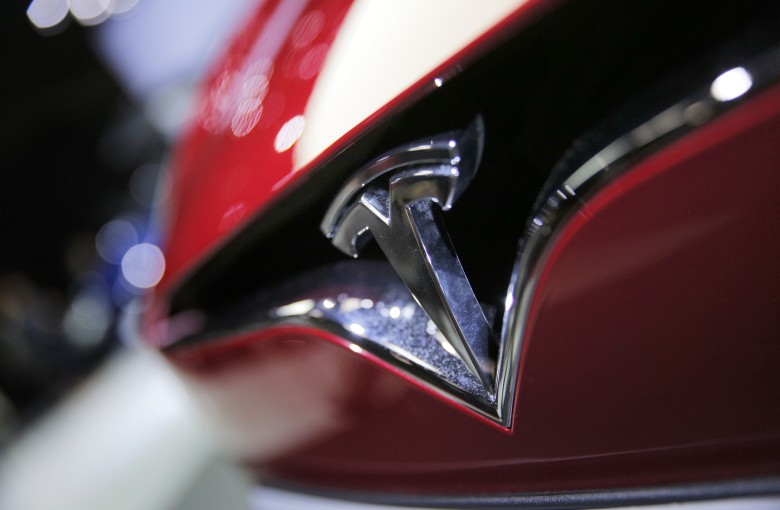 Business
Elon Musk wants to build cars in China by the end of 2019
Tesla is revving up for the Chinese market. On Monday, the American electric carmaker broke ground for its Shanghai plant, its first outside of the United States. The company’s CEO Elon Musk announced plans to start building its Model 3 car in China – by the end of 2019.  Construction has begun just three months after Tesla secured a land parcel at Lingang, Shanghai for the Gigafactory 3. The speed at which the $5 billion project has taken off underscores China’s pressing need to attract foreign investment, as the country grapples with its slowest economic growth in a decade amid the impact of the US-China trade war. ‘Affordable versions’ The factory in Shanghai will produce “affordable ver
Daniel Ren
• 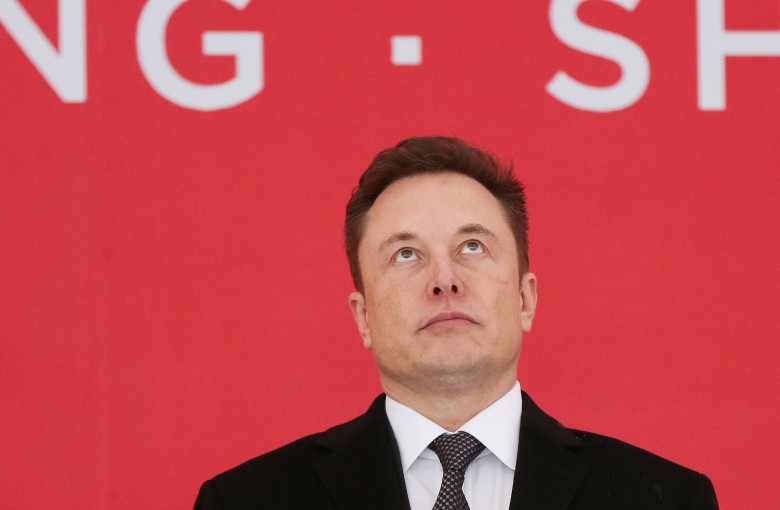 Business
More trouble for Tesla and Elon Musk in the world’s top car market
Tesla has denied a Chinese official’s claim that the company only sold some 200 cars in its second-biggest market last month. An official from the China Passenger Car Association (CPCA) told Reuters that its data showed Tesla had sold just 211 cars in China in October, a 70% drop from a year ago. Shares of Tesla dropped, before the company slammed the report as untrue. "This is wildly inaccurate,” a spokesperson said. “While we do not disclose regional or monthly sales numbers, these figures are off by a significant margin." China, the world’s largest auto market, is seen as a potential revenue driver for Tesla, the California-based automaker led by Elon Musk. But the company’s expansion ef
Viola Zhou
• 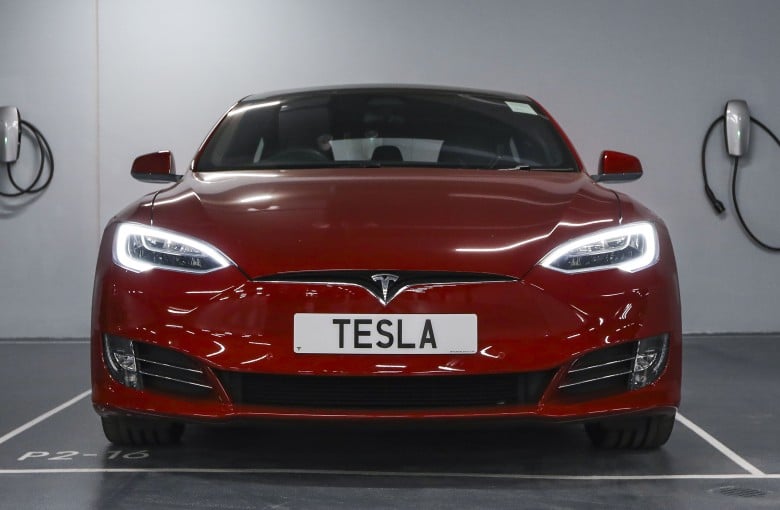 Business
Tesla secures a massive plot of land in China for its car factory
Tesla is one step closer to realizing its China manufacturing ambition. On Wednesday, the electric automaker signed a $141 million deal with the Shanghai government to acquire a 212 acre plot of land close to the city’s free trade zone. That’s the equivalent of about 3,300 tennis courts. “Securing this site in Shanghai, Tesla’s first Gigafactory outside the United States, is an important milestone for what will be our next advanced, sustainably developed manufacturing site,” said Robin Ren, Tesla’s vice-president of worldwide sales. The planned Gigafactory 3 – the company’s first plant outside the US – is designed to produce 500,000 cars a year. The company is expected to take two years to p
Daniel Ren
• 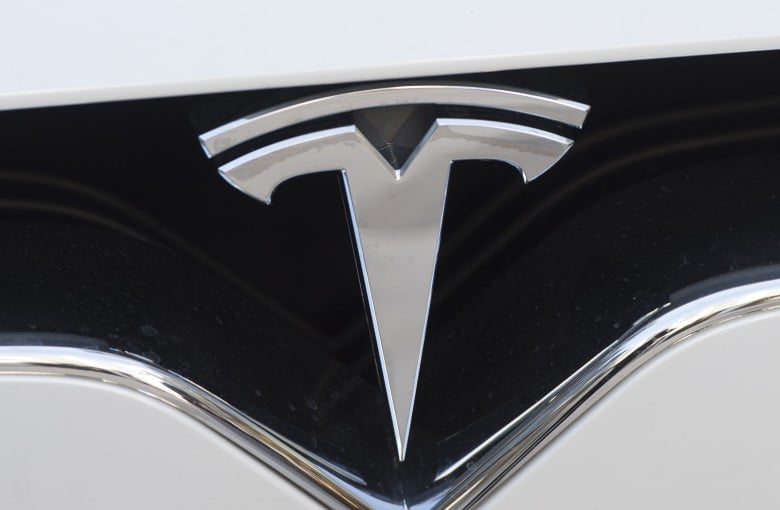 Business
3 unanswered questions about Tesla’s first factory in China
Amid an escalating trade war between the United States and China that threatens to disrupt global commerce, Tesla last week signed an agreement with the Shanghai government to make cars in the city. It was a big deal because Tesla is the first foreign automaker to be allowed to open a factory in China and own it, too. Before China relaxed foreign ownership rules in April, foreign carmakers like General Motors and Toyota were required to form joint ventures with local companies. And having a factory in the city will let Tesla sell its wares in the world’s largest auto market without being taxed extra at customs, as China and the United States slap tariffs on each other’s exports in a trade wa
Alan Wong
• 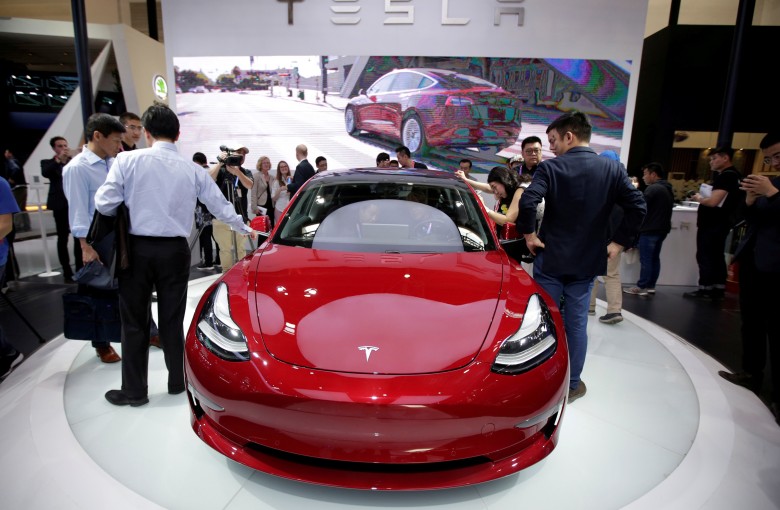 Business
Tesla’s opening a gigafactory in China
The US-China trade war is hurting America's biggest electric car maker – but maybe not for long. Tesla has had to raise its China prices by 20%, in response to retaliatory tariffs on US imports to China. But now Tesla has announced that it is about to set up its first overseas assembly plant in Shanghai, establishing a beachhead in the world’s largest vehicle market. The California-based carmaker will establish its Gigafactory 3 on the outskirts of Shanghai, with an annual capacity to produce 500,000 vehicles, according to an announcement. The wholly foreign-owned plant – the first in China to operate without a local partner – will also be the largest overseas manufacturing investment in the
Daniel Ren and Maggie Zhang
• 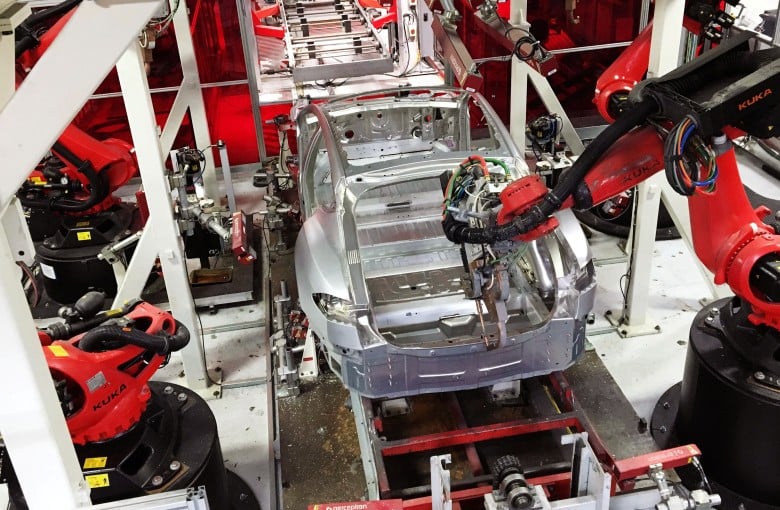