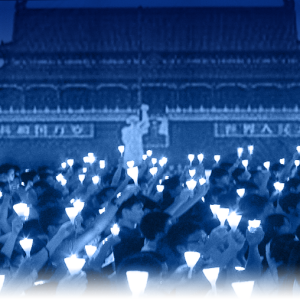 China was gripped by a pro-democracy movement in 1989, triggered by the death of reformist ex-leader Hu Yaobang. Mass street protests, weeks-long sit-ins and hunger strikes at Tiananmen Square by stud

ents and residents became the order of the day as demonstrators complained about corruption and demanded greater democracy as well as government transparency. The social unrest culminated in a brutal military crackdown on June 4 ordered by Beijing that effectively ended the movement and continues to be the subject of great controversy to this day.

Show more
Show less
Politics
US speaks of ‘dashed hope’ of an open China
America’s top diplomat chastised Beijing on Tuesday over its violent 1989 suppression of demonstrations demanding reform and democracy. The same could be said about the US’ response 30 years ago in the immediate aftermath of the crackdown in central Beijing, where hundreds of civilians were killed as Chinese troops moved to retake Tiananmen Square. The bloodshed quickly prompted economic and political sanctions against China from Western nations. But 30 years later, Beijing has all but given in to pressure to make a full and public accounting of those killed. This is a testament to the Communist Party’s insecurity – and flaws in the assumption that economic integration would loosen the Party
Viola Zhou
• 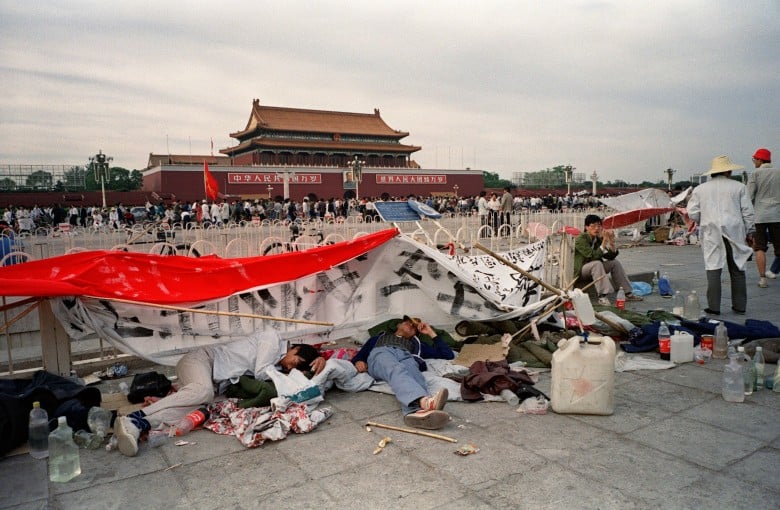 Politics
Canadian journalist tracks down Chinese protester he filmed 30 years ago
When Canadian journalist Arthur Kent filmed two student protesters on the steps of a monument in Beijing’s Tiananmen Square at about 3am on June 4, 1989, he had no idea who they were. He never found out what became of them, and has spent the last three decades trying to track them down. Last week, Kent finally got hold of one of the two protesters, whom he described as a “young couple” in the footage he shot, which has been newly restored. Kenneth Lam Yiu-keung, a Hong Kong student leader who took tents and funds to Beijing in May 1989 in support of protesters, told the South China Morning Post he was certain the film’s release would help refresh people’s memories of the bloody suppression.
Gary Cheung
• 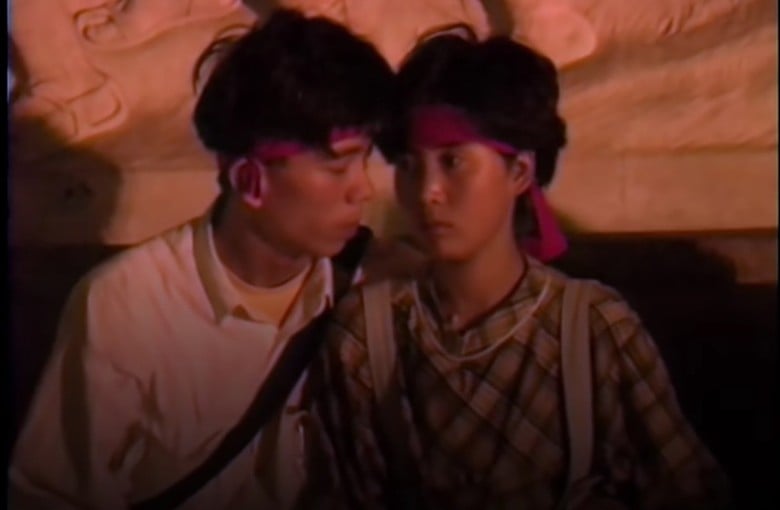 Politics
China’s defense chief says the Tiananmen crackdown was ‘correct’
China’s defense minister offered a stern justification of Beijing’s bloody crackdown on the 1989 pro-democracy movement days before its symbolic 30th anniversary. Speaking at the Shangri-La Dialogue in Singapore, Wei Fenghe said the Tiananmen crackdown had contributed to China’s prosperity in a rare public address on the event. “That incident was political turbulence,” he said on Sunday at the annual Asia defense summit, in response to a question from the audience. “The central government’s measures to stop that turbulence was correct. China has enjoyed stable development.” Tuesday marks 30 years since the Chinese military opened fire at protesters in Beijing after demonstrations demanding
Lee Jeong-ho and Catherine Wong
• 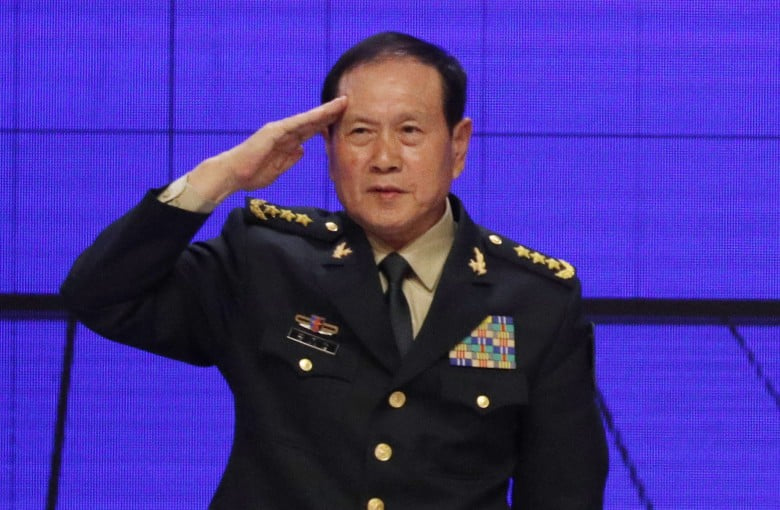 China
Tiananmen Square — then and now
30 years ago, thousands of students and activists descended on Beijing’s Tiananmen Square to protest against government corruption and demand democracy. The protests were crushed in the early hours of June 4, 1989 by Chinese tanks and troops. Hundreds, perhaps more than a thousand, civilians were killed. But today no signs of the protests or the crackdown are memorialized in the square. Browse the gallery, above, to compare photos from the protests with contemporary scenes in central Beijing.
Inkstone
• 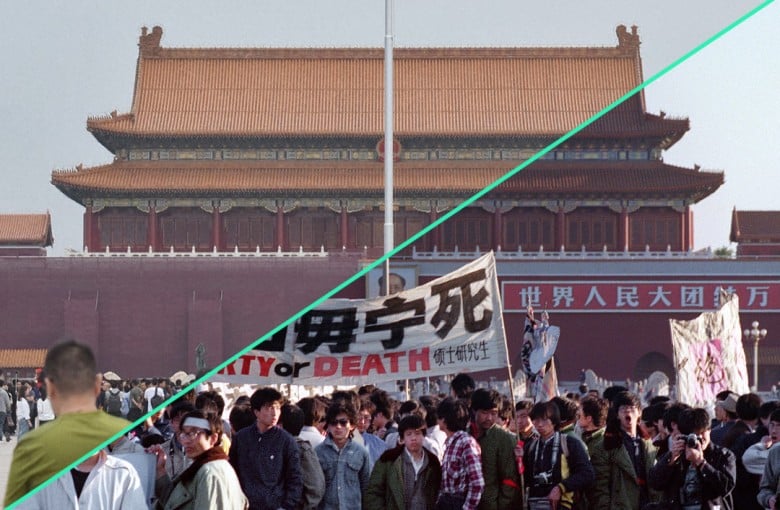 China
Hong Kong’s struggle against forgetting
Thirty years have passed since the Tiananmen Square crackdown, where hundreds of pro-democracy protesters were gunned down in the middle of Beijing by Chinese troops. Many people in Hong Kong still vividly recall joining a million-strong march in the city to support the student movement in Beijing. In the decades since the crackdown, pro-democracy advocates have called for justice for the demonstrators. Letting go of their memories is not an option. Watch the video above.
Mantai Chow and Chris Healy
• 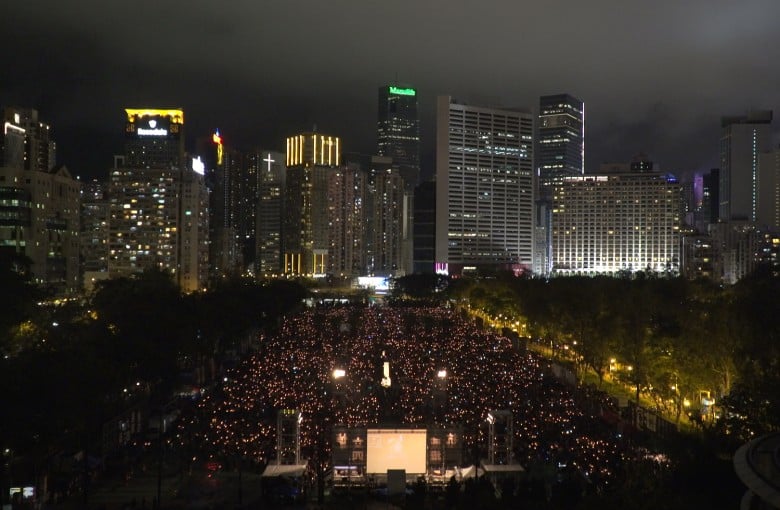 Politics
Once China’s brightest and best, now exiled and alienated
In the wake of the bloody Tiananmen Square crackdown, hundreds of dissident intellectuals, students and officials went into exile. They settled in Europe, the United States and Taiwan, and have spent their lives feeling alienated. But they were determined to remember the events of June 4, 1989 and press on with promoting democracy in mainland China. Most also expected to return home once Beijing apologized for sending in the tanks and ordering soldiers to shoot civilians. But there has been no apology nor vindication. Instead, Chinese authorities worked to erase the memory of the bloody incident, forbidding the reporting, discussion or commemoration of the event. As the years became decades
Jeffie Lam
• 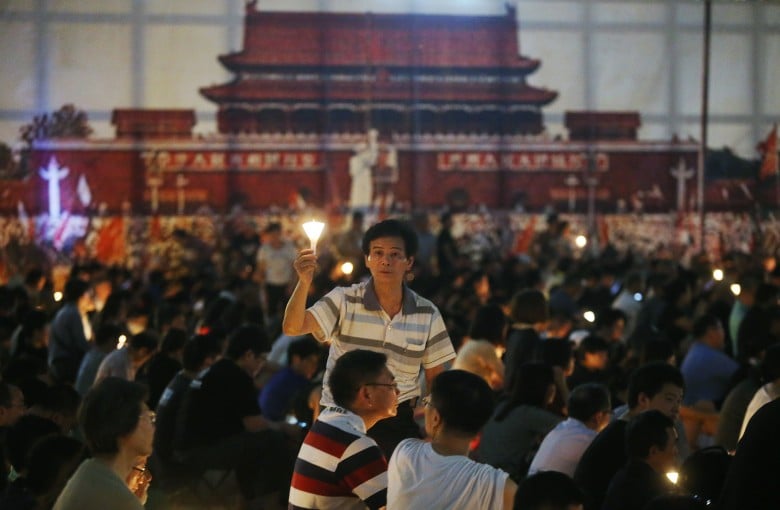 Politics
The cat-and-mouse game of talking about Tiananmen in China
This year marks the 30th anniversary of the Tiananmen Square crackdown, in which the Chinese Communist Party violently suppressed student-led protests for democratic reforms. As the anniversary of the bloody crackdown on June 4, 1989 nears, information censorship in China has gone into overdrive. Wikipedia, once partially accessible in the country, is now completely blocked. Several popular Chinese video streaming sites have suspended their live commenting function until after June 4, ostensibly for “system upgrades.” Such suppression has given rise to a generation of young Chinese people who are largely ignorant of the crackdown, in which hundreds, perhaps more than a thousand, civilians we
Sum Lok-kei
• 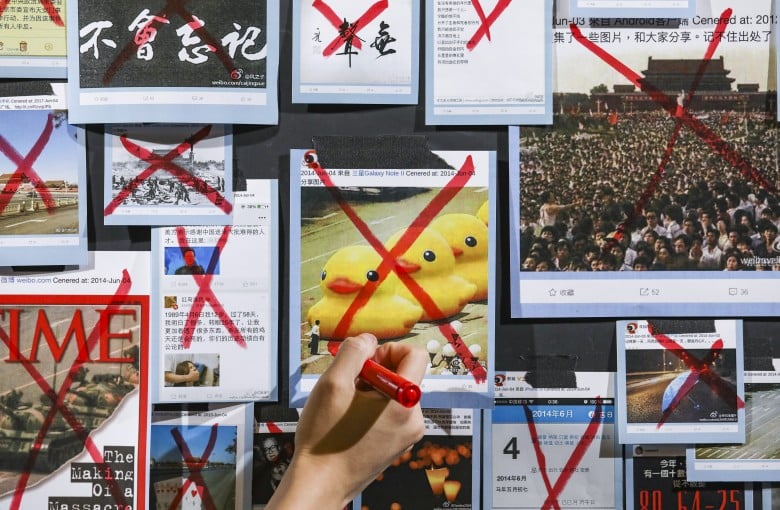 Politics
This math teacher turns to history once a year to keep Tiananmen alive
Peter Lee is a mathematics teacher. But every year around this time, he gathers his teenage students for a history lesson. He shows them video footage of scenes from Tiananmen Square in Beijing and tells them about the student protests that ended in a bloody military crackdown on June 4, 1989. “I hope to let my students know about the tragedy and help keep the memory alive,” said Lee, 52, who teaches in a secondary school in Hong Kong’s Wan Chai district. Lee is one of many residents in the former British colony whose lives profoundly changed after Chinese troops and tanks rolled into Tiananmen Square 30 years ago and crushed protests calling for democratic reforms in China. In much of the
Gary Cheung
• 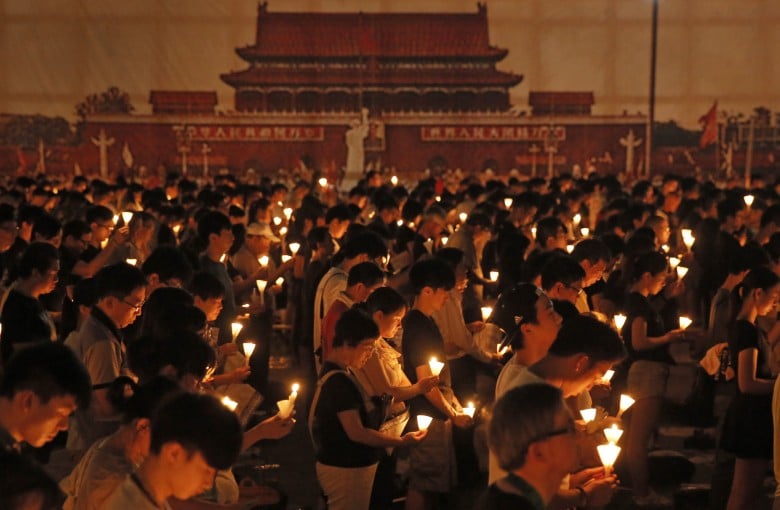 Politics
Tiananmen Square crackdown: the cost of denial
When You Weijie’s husband was killed in the 1989 Tiananmen Square crackdown, the only official acknowledgment she received was a small cash payment from her work unit. Her husband, Yang Minghu, was an office worker. He was sympathetic to the pro-democracy protesters and went to check on their safety on June 4. He was caught in gunfire on a Beijing street as the military advanced to the square to enforce martial law. He was 42. You received 800 yuan ($115) as compensation for her loss of her husband, but she returned it. “I couldn’t use the money. I felt that this is a person’s life, this is the price of a human’s life,” she said. Now 65, what she wants is an open investigation into what hap
Josephine Ma and Guo Rui
• 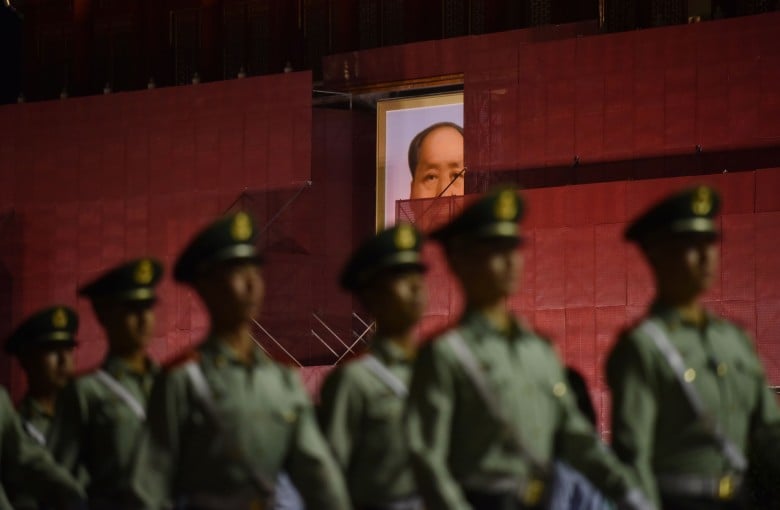