Sports
Arm wrestling for glory in China
More than 100 players gathered in Shanghai to fight for the crown at the 7th Shanghai Arm Wrestling Open, China’s first internationally recognized arm wrestling tournament.  The competition was part of the Professional Armwrestling League’s international ranking system. Arm wrestling is not officially recognized as a serious sport in China, but it’s emerging as one of the fastest-growing countries for the sport, supported by fan associations in more than 100 cities around the nation.
Yuki Tsang
• 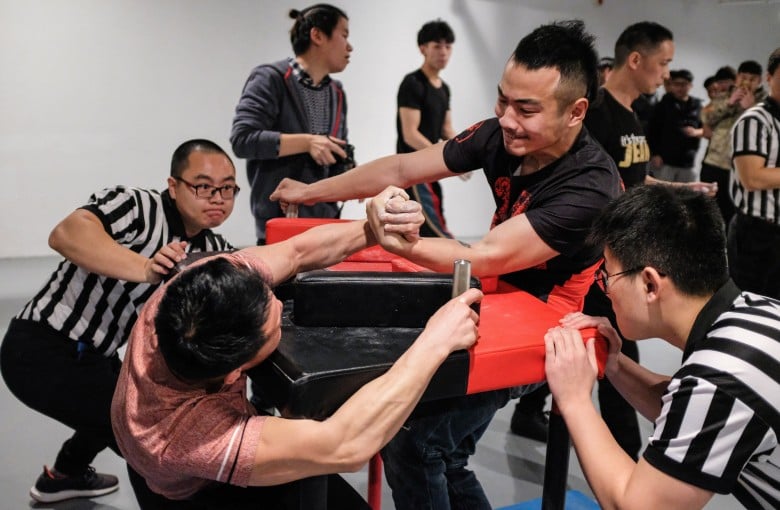